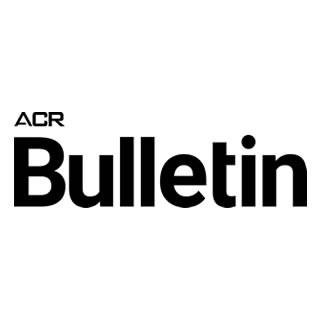 Radiologists need only the facts and minimal effort for successful year-two QPP participation.

“What you have with the QPP is a very slow ‘on ramp,’ which is smart because it is supposed to change the quality of what we do as healthcare providers,” says Gregory N. Nicola, MD, FACR, chair of the ACR Economics Committee on MACRA. “This pace allows people to build a gradual infrastructure and make it about quality, not money.”

MIPS is a modified fee-for-service model with four performance categories (shown below) — used to compile a final score that determines your positive (bonus) or negative (penalty) adjustment.

You don’t have to participate in MIPS if it’s your first year participating in Medicare, if you are in an APM, or if you meet the low-volume threshold for 2018 of serving fewer than 200 Medicare patients or billing less than $90,000 for services to those patients.

Since most radiologists will not be considered Qualifying APM Participants (QPs), MIPS is the more likely avenue for serving Medicare patients if no exemption applies. The most significant change to MIPS in year two is a 10 percent allocation of the final score from the Cost category — now added to Quality (50 percent), Advancing Care Information (25 percent), and Improvement Activities (15 percent) categories.

While there are several changes to the QPP in year two — including a new virtual group option — participants shouldn’t be too burdened by additional program reporting requirements. “I’m under the impression that for 2017 and for 2018 — and very likely for 2019 — practices committing resources to MIPS will almost certainly receive some bonus,” says Ezequiel Silva III, MD, FACR, chair of the ACR Commission on Economics. “Even if you don’t want to be in MIPS, its core values will serve you well down the road.”

Most radiology groups participating in MIPS will see their scores adjusted based on a non-patient-facing determination. Special considerations apply to small radiology practices, those in rural settings, and practices in areas underserved by medical professionals. Scores will also be adjusted for clinicians affected by the 2017 hurricanes and other natural disasters.

“The theme of year two is that we’re taking baby steps into what a full-blown QPP is going to look like,” Nicola says. “The threshold value you need to get a positive versus a negative adjustment has gone from 3 to 15, so that makes it harder to avoid a penalty. However, that number is still extremely low, so avoiding a penalty is still quite easy.”

“The program is not that different in year two,” Silva says. “The groups I’m talking to about their 2017 quality scores and their improvement activity scores are scoring up to and over 70.” Practices are doing pretty well on MIPS for year one, he says, and that’s likely to be a trend.

Cost category scoring is different for year two, with MIPS using cost measures that cover the total cost of care during a year or during a hospital stay. CMS will calculate total cost for the performance period based on claims data — clinicians do not need to submit cost measure data, according to the CMS final rule on the 2018 QPP. The Department of Health and Human Services has the flexibility under the Bipartisan Budget Act of 2018 to set the Cost category at between 10 percent to 30 percent for the next three years (2019–2021) based on the number of resource use measures available for adoption during that performance period.

For 2017, CMS defined two ways to participate in MIPS — as an individual or as a group. For 2018, there is a third category. The “virtual group” has been designated to assist small, independent practices with MIPS participation. Virtual groups can be made up of solo practitioners and groups of 10 or fewer eligible clinicians who get together virtually (regardless of specialty, size, or physical location) to participate in MIPS for the performance period of a year. Eligible practices may only take part in one virtual group.

QPP participation might appear to be a big lift. “We should acknowledge that the reporting and other requirements are burdensome,” Silva says. “But I can tell you from my own practice experience that the kinds of quality improvements like those outlined in the QPP are favorable to patients and to care processes and will become a benefit more than a burden.”

The question will come up, “Are the resources I need to pursue that bonus worth the investment?” Silva acknowledges. “From a purely financial perspective, it may or may not be. I predict that most practices for 2017 will be looking at a 1 or 2 percent bonus.” Even if it’s not worth it financially, you’d better pay attention and participate, he says, “because public perception is important, and information about your practice will eventually be on the CMS website in the public domain.”

According to both Silva and Nicola, the QPP is going to be around for the foreseeable future. “You should invest as a practice leader in the concepts of the QPP,” Nicola says. “You must be a champion for improving quality and controlling costs in your practice. You do that through measurement and transparency — those are the underlying themes of the QPP.”

What Can You Do?

In 2018, radiologists can still maximize their value in QPP by focusing efforts on Quality and Improvement Activities (IA):

Where Can You Learn More?

Please accept marketing cookies to watch this video.
ACR Summary of the QPP Final Rule Impact on Radiology
Identify if You Are a MIPS/APM Participant

The award-winning Journal of the American College of Radiology focuses on issues relating to clinical practice, practice management, health services and policy, and education and training.