Out of the Shadows

Radiology Consultants of the Midwest has implemented initiatives that allow its radiologists to interact more directly with referring physicians and patients.
Get a PDF version of this Case Study
Download 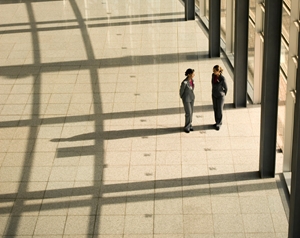 In the recent “Imaging 2.0” past, radiologists have conducted their work in isolation. Most of the day, they sit in darkened rooms where they review images and dictate reports, with little interaction with referring physicians and almost no contact with patients. But as the industry evolves from a fee-for-service model focused on volume to a clinical-care model centered on value, radiologists can no longer afford to cloister themselves in the shadows of their reading rooms. Instead, they must take proactive steps to highlight the value they bring to patient care.

Radiology Consultants of the Midwest, P.C., a private radiology practice serving the Omaha and Council Bluffs metropolitan region in Nebraska, has strengthened its role on the medical team by developing a customer service-oriented culture in which its radiologists regularly collaborate with referring physicians and meet with patients. The approach allows the practice’s 26 radiologists to become true consultants in patient care rather than mere image interpreters, says Patricia A. Helke, MD, FACR, president emeritus for Radiology Consultants of the Midwest. “The idea is to make radiologists valuable,” she says. “And the way you do that is by providing service, so we’ve made a concerted effort to try to provide the best service to our local health system and patients.”

Radiology Consultants of the Midwest makes customer service a priority in every aspect of its operations and has formed committees that are responsible for developing ways to improve service quality. The practice has many strategies in place to meet its customer service objectives. Recently, the radiologists began emphasizing three core initiatives tailored to increase dialog between the practice’s radiologists and referring physicians: call reporting, concierge radiology, and traveling interventional radiology. Helke says the initiatives have been key to establishing relationships with referring physicians — leading to increased referrals and greater patient satisfaction.

Under the call reporting initiative, the practice targets a percentage of referring physicians to call with exam findings each month. At first, radiologists called physicians who already referred a lot of patients; now, they’ve expanded the effort, calling physicians who weren’t frequent referrers. The calls initially focused on critical results, but gradually they also included less significant findings. “We wouldn’t necessarily call a physician about a normal chest X-ray,” Helke explains. “But if there is a finding that we feel warrants a closer physician follow up, we make a personal connection with the doctor to relay the patient’s results.” Most referring physicians have been receptive to the calls, which have proven to be a simple, effective way to forge connections between referrers and radiologists, Helke says.

As part of the concierge program, the practice compartmentalizes its workflow, with subspecialty radiologists reading images only in their areas of expertise. For instance, neuro-radiologists read only neuroimaging and generalists read only traditional films. The approach ensures high-quality reads, while also pairing referring physicians with subspecialty radiologists who can best answer their questions, says Erik A. Pedersen, MD, chief information officer for Radiology Consultants of the Midwest and chairman of the radiology departments at Bergan Mercy Medical Center and Boys Town National Research Hospital. 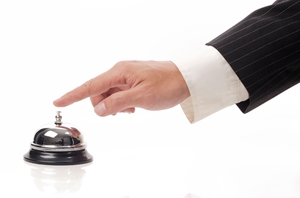 Radiology Consultants of the Midwest has experienced many benefits from its recent initiatives, perhaps most notably increased collaboration with referring physicians. Pedersen says that the referring physicians now call the radiologists to discuss things like appropriate imaging and request rereads of images their patients have received at other imaging centers. “We get lots of phone calls and lots of referring physicians who drop by the department to have us look at cases,” he says. “It shows that the relationship is solid, and the physicians trust that what we’re recommending is going to help answer their questions.” Helke adds that those relationships have also led to a roughly 10 percent increase in referrals at a time when many institutions have seen referrals decline.

The practice’s patient approval rating has also increased from 90 to 95 percent as a result of the initiatives, Helke says. Patients are more satisfied because they have increased contact with the radiologists, and their exam results are available sooner. The practice has decreased its turn around times for results from a day to an hour by compartmentalizing reads and equipping radiologists with the latest voice recognition software for dictating reports. “We’ve always worked on operations and quality, but these initiatives have allowed us to take it to a new level,” Helke says. “We’re not attributing this to anything other than the fact that we’re truly motivated to provide the best service we can to the system and patients that we have.”

Poised for the Future

The initiatives are helping Radiology Consultants of the Midwest position itself for the future, as the industry becomes increasingly value driven, Pedersen says. The practice’s radiologists are already receiving requests from referring physicians for imaging advice — an objective of ACR’s Imaging 3.0TM initiative. And the radiologists are gaining experience that will be beneficial, should they be called upon to deliver results directly to patients, Pedersen says. “Obviously, anyone who practices radiology knows that giving results directly to patients is a big leap, so we’re going to have to take baby steps to get there,” he says. “The more we do the call reports, especially to primary care physicians who may not be familiar with imaging terminology, the more we learn to explain the findings in a more straightforward way. And that’s going to help if and when it comes time to sit down with a patient.”

While the initiatives may set Radiology Consultants of the Midwest apart from other radiology practices, the approach is not revolutionary. Any practice with a large enough staff can implement similar initiatives. All it takes is a team that is committed to providing a high level of customer service, Pedersen says. “All of these things can be done by going that extra mile rather than just sitting in a dark room and churning out reports,” he says. “Those little touches don’t take a lot of extra time, but they make a huge difference in a group’s ability to demonstrate its value to patient care.”

Radiology practices that want to emulate Radiology Consultants of the Midwest’s approach should: