Standing Out from the Crowd

Indiana radiologists develop an imaging consult service and a targeted messaging campaign as part of a value-based imaging program.
Get a PDF version of this Case Study
Download 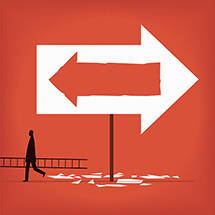 When a referring physician orders a common imaging test, the next steps are straightforward, and the scan is usually preauthorized by a radiology benefits manager (RBM) with little delay. However, when presented with a complex or unfamiliar case, many referring physicians do not have the time or resources to quickly determine what type of advanced imaging is most appropriate for the patient, much less conduct a lengthy negotiation with an RBM to obtain authorization. Indiana University Health’s (IU Health) radiology group in Indianapolis has tackled the issue head on, as they transition into a new realm of value-based reimbursement, while maintaining a focus on improved outcomes for their patients.

Since early 2013, physicians within the organization have focused on the issue of outpatient imaging appropriateness as part of a larger strategic imperative to control the cost of care. To get the program off the ground, the IU Health leaders involved radiology practice administrators and representatives from both the hospital system and IU Health insurance. The effort was led by Marc Kohli, MD, radiologist and director of informatics in the IU Health department of radiology and imaging sciences in Indianapolis, and the program has generated significant value for IU Health.

Instead of following a traditional RBM structure, the consultative approach was developed alongside IU Health’s multispecialty physician practice and their insurance company. Kohli and representatives from these groups formed an imaging consult team, and met regularly to establish the current consult service. “There aren’t many arrangements in medicine where you have hospitals, providers, and payers on the same team, working together,” says Kohli. “It was a unique opportunity for us, where the insurance plan was willing to give us some flexibility on how we could implement the plan.”

As a key focus of the initiative, Kohli and his colleagues developed a strategy to improve communication between radiologists and referring providers through a three-pronged approach:

1. An outpatient imaging consult service where physicians can call one number to access a subspecialty radiologist within 10 minutes, allowing a deeper integration of radiology with the outpatient arena (view details of the consult line workflow) . IU Health already provides similar consultation for inpatients, which most hospital providers know how to access quickly.

2. If an IU Health radiologist makes an advanced imaging recommendation during the consult, patients covered by IU Health insurance are automatically preauthorized. This allows radiologists to interact with providers earlier in the imaging process — one of the major goals of Imaging 3.0TM.

3. IU Health took all aspects of ABIM’s Choosing Wisely® guidelines pertaining to imaging and tailored them to various providers, based on their past imaging test ordering information. The tailoring allows specialists to present the most relevant information to their practices (an example would be a neurosurgeon’s practice that would not need information about ordering pelvic ultrasounds).

Recently profiled in a Forbes magazine article1, the “on demand” consult service has been well received in the provider community and is now being used throughout the physician network. “One of the things that’s very painful for the physician who’s seeing the patient is that they have to work through a lot of bureaucracy and layers of review,” states Kohli. “Our consultation line allows a provider to speak directly with one of our radiologists. After talking with a radiologist in real time, if the clinician agrees with our decision, then we can guarantee preauthorization for additional imaging, without further bureaucracy or delay in patient care.”

Elizabeth Nice, executive director of population health at IU Health and managing director at Evolent Health, a population health solutions provider based in Arlington, Va., agrees: “It was great to support this physician-led initiative. Collaborating with physicians to impact efficacy and efficiency of patient care is exciting. The end result of physicians directly speaking to other physicians is unique. Members and patients truly benefit from the consult service because they’re getting the best of the best with this one-stop solution.”

Daniel J. Durand, MD, radiologist and vice president at Evolent Health, who partnered with IU Health on the initiative, states that when radiologists provide physicians with easy access to their time and knowledge, it helps them stand out from other radiology and specialist groups. “In the instance of IU Health, there is a high degree of alignment between referring physicians and radiologist consultants,” he explains. “If you’re a primary care physician with a practice that is engaging in value-based contracts, trying to deliver high-quality care at a low cost and hoping to avoid unnecessary radiation for your patients, you will be pulling more for advice from radiologists and other specialists.” 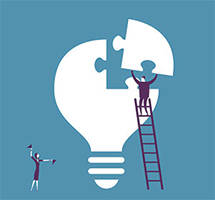 IU Health is part of a federal Accountable Care Organization (the Indiana University Health ACO). By avoiding unnecessary exams and spending less money on imaging, IU Health’s approach is gaining momentum among those interested in increasing shared savings while delivering better patient care. Reaching out to primary care doctors and specialists and offering access to consultation on outpatient imaging issues is an important step, Durand observes. “In my experience, both sides gain value in the interaction: The primary care doctors are often surprised that radiologists truly value these interactions, and the radiologists are often surprised at how much the primary care physicians are embracing their involvement in co-managing the diagnostic work-up,” he says.

IU Health incorporated the Choosing Wisely campaign as a key component of the imaging consult service. Kohli, who also has an academic background in informatics, developed a targeted email campaign based on physicians’ actual imaging test ordering information. He extracts past ordering data from the hospital’s RIS and uses it to identify providers who have ordered tests listed by Choosing Wisely, and then generates personalized emails that are relevant to each provider’s ordering pattern (view a sample email message). Based on the results, the engagement rates (or click-through rates) with IU Health’s provider-led Choosing Wisely campaign were two to three times higher than similar outreach efforts led by radiologists alone.

“What is attractive about Choosing Wisely is that radiologists are not telling other groups or primary care specialists what to do,” Kohli comments. “For example, pelvic ultrasound is a test identified in the Choosing Wisely recommendations, so we sent Choosing Wisely statements about pelvic imaging to the people who had ordered those particular tests. We try to be specific because we don’t want to give people a random blast of rules; we want it to be tailored to them, their practice, and their patient population.”