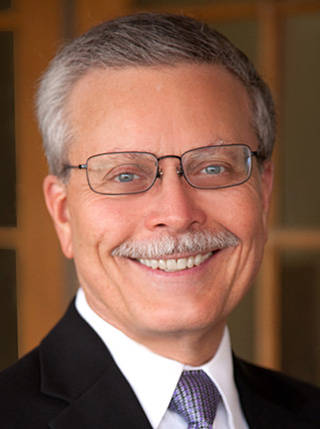 I never thought of myself as an “intellectual” or a particularly “smart” doctor. Oh sure, my grades were good in high school and college, like all my med-school classmates at the University of North Dakota, but I never imagined that my thoughts or words would inﬂuence anyone’s important choices in life or have any lasting impact on their psyche.

However, after recently receiving my oldest grandchild’s high school graduation announcement, I reﬂected over my career and pondered some of the things I have said and done. I recalled three instances that seemed trivial or insigniﬁcant at the time, but they indeed had a profound eﬀect.

One evening, during a TV commercial, my teenage son peered into the open refrigerator, considering his beverage selection. Finally, he grabbed the milk and began drinking directly from the 2-quart carton. Without giving it much thought, I blurted out, “Jimmy, I have two pieces of advice for you. Drink water and read more books.” He quipped, “Right, Dad,” and went back to watching TV. I thought that was the end of it. Fifteen years later at a holiday family gathering, he remarked, “Hey Dad, remember when you told me to drink water and read more books? That was the best advice I ever got.” I was stunned that he had remembered.

Just a few years later, while performing a “runoﬀ” arteriogram with a ceiling-mounted X-ray tube and a long-leg rolling ﬁlm changer, we encountered a ﬁlm changer malfunction requiring a second contrast injection for completion. While quickly attempting to repair the cassette jam between exposures, the Angiography Technologist quickly exclaimed, “I’m sorry, Dr. Keller.”

We ﬁnished the case without incident, but afterwards I pulled the tech aside and admonished him, “Don’t ever say you’re sorry in an exam room when the patient can hear you. They will automatically assume that we made a mistake.” He said, “Okay,” and I assumed that was the end of it. Many years later, while viewing new angiography equipment at the RSNA in Chicago, this same tech — now a department manager — said, “Remember when you told me never to say I was sorry in the room? I have never forgotten that.” I was amazed at the impact of my remark so many years before.

Most recently, in the imaging center where I now work part-time while “slowly” retiring, I was introduced to a new ﬂuoroscopy technologist. While we were chatting, he said to me, “Dr. Keller, I remember you well. Remember that lecture you gave a while back when I was a student? You said, ‘Mediocrity is ubiquitous. Don’t be mediocre.’ I will never forget that. I never want to be considered mediocre.”

Most of us know it to be true, but it bears repeating. As physicians, and especially if we are in leadership roles, what we say can have a profound and long-lasting eﬀect. As we ponder our word selection, we might consider the advice of the Grail Knight to Indiana Jones, ”Choose wisely.”