Home / Member Resources / Senior and/or Retired / SRS eNews / Extending the Use of Ultrasound Into Space
February 22, 2022

Extending the Use of Ultrasound Into Space

On March 5, 2001, right before the annual American Institute of Ultrasound in Medicine meeting in Orlando, I was privileged to be invited to witness the launch of Shuttle Transport System 102 carrying the redesigned Advanced Technology Labs 5000 Ultrasound scanner into space. This event culminated years of my prior collaboration with engineers at Lockheed-Martin and sonographer David S. Martin, RDMS, at the Johnson Space Center, Wyle Labs.

This was a pivotal event in extending high-resolution, multipurpose ultrasound into space even though there were successful deployments involving echocardiography before. My role was to advise about the process of repackaging the scanner to a much smaller space to fit inside the Human Research Facility Destiny Module of the International Space Station (ISS). This was an exciting but challenging task to redesign an ergonomically optimal monitor and detachable keyboard for the astronauts. My other role was to train the astronauts on the basic use of the scanner and provide sample images of what to look for in normal and abnormal conditions. 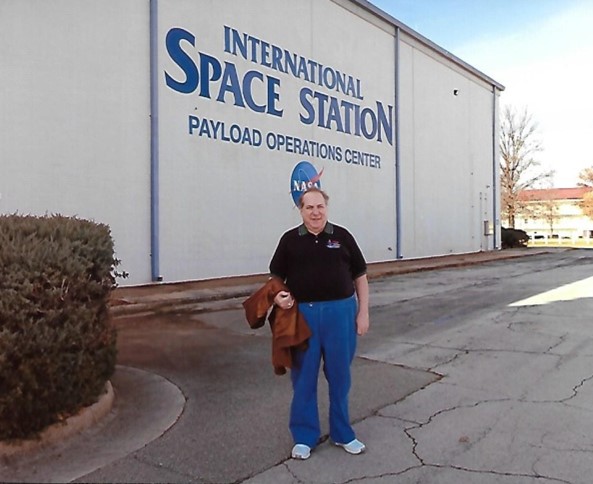 Dr. Fleischer at the ISS control facility in Huntsville, AL


My graduate studies in space medicine prepared me well for the task as well as my ability to consult anytime with members of Vanderbilt Center for Space Medicine. Figure 1 shows astronaut Michael Fincke performing venous Doppler ultrasound on his colleague’s leg to assess the possibility of deep venous thrombosis; the reconfigured ultrasound scanner is embedded into the wall of the Destiny Module.

Michael later went on to publish his experience performing sonography of the rotator cuff since rotator cuff injuries can occur when donning spacesuits. Since those initial studies, sonography has been used to evaluate changes in cardiovascular function, a variety of musculoskeletal disorders, pneumo- and hydro- thorax, ophthalmic changes and brain perfusion. 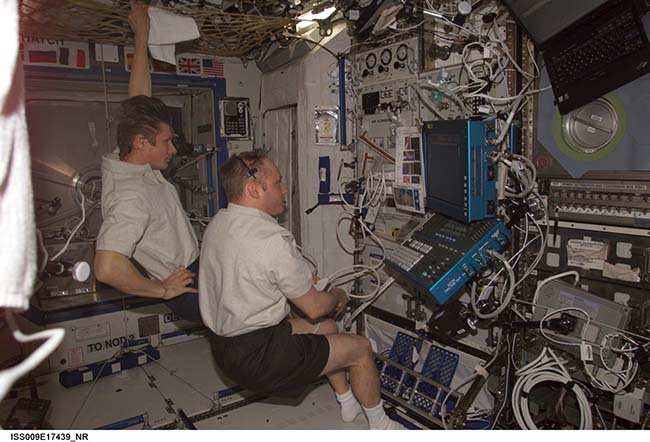 Clearly, ultrasound is the diagnostic modality best suited to space flight and manned missions. Since the deployment and decommission of the ATL 5000 in 2011, space missions have utilized many other ultrasound scanners. These include the GE Vivida, Sonosite and now the Butterfly hand-held scanner used in the Space X Dragon mission.

For those interested in more information on this topic, I refer you to some excellent publications: Ultrasound in Space1, and Evaluation of Shoulder Integrity in Space: First Report of Musculoskeletal US on ISS2.

Clearly one of the most important roles of the ultrasound expert is to train non-imaging astronauts, which is also facilitated by advanced technology providing real-time consultation3. Recent studies performed by crew members involving the depiction of the spine has shown efficacy4.

Future uses of ultrasound may extend into therapeutic applications, such as bone healing. The use of ultrasound in space is just beginning and offers a vital function for manned space travel as well as potential habitation of future worlds.