Interviewed by Austin Wheeler, MD, radiology resident at the University of Alabama at Birmingham 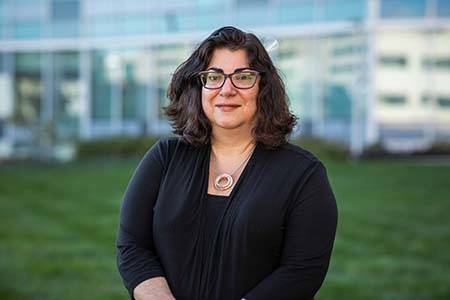 Pamela Woodard, MD, FAHA, FACR, FCCP, is the endowed Hugh Monroe Wilson Professor of Radiology and Professor of Biomedical Engineering at Washington University School of Medicine in St. Louis. She is Senior Vice Chair at the university's Mallinckrodt Institute of Radiology (MIR) and Division Director of Radiological Research Facilities.

Among her many notable awards and accomplishments, Dr. Woodard was recently named 2021 Outstanding Researcher by the Radiological Society of North America. For her pioneering work in cardiovascular imaging, she was recognized as a Distinguished Investigator by the Academy of Radiology and Biomedical Imaging Research in 2015. She is also a past president of the North American Society for Cardiovascular Imaging. An internationally respected leader for her expertise in cardiothoracic radiology, Dr. Woodard is the head of Advanced Cardiac Imaging (CT/MR) as well as Director of the Center for Clinical Imaging Research at MIR.

Not only a passionate researcher, Dr. Woodard is also a generous mentor to her trainees and has dedicated her career to training future clinician-scientists. As Director of the MIR Radiology Residency Research Track and T32 TOP-TIER Program, she leads the department's NIH T32 training grant in translational imaging research. She is an active member of numerous professional organizations as well. She has been Chair of the Commission on Research for the ACR Board of Chancellors since 2018 and has served on the Board of Directors for the Academy of Radiology and Biomedical Imaging Research since 2017.

Can you tell me where you grew up and what motivated you to go into medicine?
I grew up in Newton, MA, a suburb of Boston. My father was a hospital administrator. He used to introduce me to every female doctor he knew, which in the 70s and early 80s, weren’t many. He had an RN and a PhD in education. I had elementary school friends telling me that women couldn’t be doctors and men couldn’t be nurses, but I could prove them wrong since I had a dad who was a nurse, and he introduced me to women doctors!

What about radiology caught your interest when you were choosing a specialty?
I learned about radiology on my internal medicine rotation in medical school. My attending in medicine was Charlie Putman, former chair of radiology and then medical school dean at Duke, who was double-boarded in radiology and internal medicine. He was an outstanding radiologist and clinician. I was just amazed at how much you could tell about the disease process from imaging.

Who do you look up to and why?
There are many, many people I look up to, and it is hard to name them all. In medical school, I met — or rather was near — Barbara McClintock at a conference where I was presenting at Cold Spring Harbor. I couldn’t muster enough courage to talk to her, although I wish I had. Using maize plants she discovered transposable elements — genetic elements that change position (“jumping genes”) on a chromosome and cause nearby genes to become active or inactive.

In college I read her biography and was impressed that she persevered in her research although early on she wasn’t believed by her mostly male colleagues who dismissed her as eccentric. Joan Steitz was also at that same meeting. She is another tour de force — even now in her 80s — still with an RNA lab at Yale. She was performing brilliant research, and it was evident that everyone — men and women — looked up to her. Beginning her career in the 1960s, she had no female role models and has been a tireless promoter of women in science. I do have to say that one meeting in some ways was life-changing for me.

In radiology, Hedi Hricak — radiology chair at MSKCC — has been an inspiration. She is now the longest standing chair in academic radiology, starting in this position 22 years ago. She has had a tremendous impact on how radiology is practiced and is a dedicated mentor to many young women, so I look up to her as a role model, radiologist, leader and mentor. She has many skillsets that I would like to emulate.

In addition, the research faculty at Mallinckrodt are also very gifted and accomplished with groundbreaking, first-in-human research that continually changes the way radiology is practiced, including new radiotracers, MRI sequences and AI algorithms to improve image quality, many of which are being translated into humans and have entered, or are entering, into products.

What hobbies/activities do you enjoy outside of radiology?
I enjoy visiting my daughter in Washington, DC, and hanging out with her and her friends. Another hobby is hiking.

Which personal characteristic has been most important for your success in radiology?
I think there are three characteristics: perseverance, empathy and surrounding yourself with knowledgeable, outstanding and capable people.

If you weren’t practicing medicine, what profession would have pursued?
My mom used to tell me not to go into medicine because it would be too hard. I told her my alternative career was a foreign news correspondent. I’d say, “This is Pamela Woodard, reporting for NBC … in Beirut.” I would punctuate it with multiple background *pows* and *bams* (This was during the Lebanese civil war). She knew I was serious since I was news director for the Duke college FM radio station, and my undergraduate major at Duke was Program II — an alternative major in literature and journalism. She caved.

What initiative are you most passionate about?
One thing that I am especially proud of is our department’s Research Resident Track and our NIH T32 clinician-scientist program, Training Opportunities in Translational Imaging Education and Research (TOP-TIER). The research track has been in existence since 1989, and the T32 NIH program is in its fifth year. Both programs allow the resident or fellow the opportunity to perform mentored research with a dedicated, research-focused year of training in the application for a K-award. Most of our research residents now enter the T32 program. We have had so many excellent trainees in this program, many of whom are now MIR faculty and mentors themselves. We’ve made a dedicated effort to recruit women and individuals underrepresented in medicine.

How can radiology improve the recruitment of women physicians?
I think women (and men too) want to know that they’ve made an impact upon the lives of others. Ideally, we would give medical students this vision early in their careers, showing how radiologists directly impact patients’ lives through imaging. This is not only through imaging-guided interventions, but also by making critical diagnoses and observations that direct the steps in patient care. I don’t think it’s a quality of life issue; obstetrics, for instance, is very time-intensive with more irregular hours. Yet, women still go into ob-gyn. I think it’s because women feel that they can make an impact on the lives of other women. Medical students are exposed to radiology so late in their training that when and if an “ah-ha!” moment comes, they most likely will have already started down another path.

What has been the key to success for your own diversity efforts?
I try to reach out to individuals personally and let them know how important it is to diversify radiology. We want the face of medicine to match what is out there in America. People should look at radiology and see all the different fabrics of the American quilt. Bonnie Davis — a friend of mine as well as the Department of Radiology Chair at Howard University — is a remarkable woman and hero in my eyes, actively working to bring young, underrepresented women and men into radiology. This is very hard to do in a school without a radiology residency program, yet she is an excellent role model to medical students, and they all just love her.