The Patient Behind the Screen 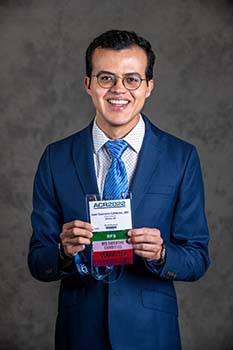 My mother has had a right inguinal hernia ever since the COVID pandemic caused a delay in elective surgeries. At her recent visit, mom could not reduce the hernia and it was causing her pain. I tried to reduce it as well, unsuccessfully. I imagined that her sagittal reformatted CT image would reveal that her hernia was incarcerated with mild adjacent fat stranding. I urged her to visit the emergency department (ED), but she was hesitant until she became nauseous and had an episode of vomiting.

Upon arrival in the ED, I communicated to staff that she probably had an incarcerated inguinal hernia. Always stoic, mom did not demonstrate the pain she was enduring. Time continued to pass in the waiting room. I suffered too as I watched her pain worsen. She developed severe abdominal pain and a sensation of extreme bloating that resulted in rib pain. I could see her updated CT images in my mind with dilated bowel loops proximal to the inguinal hernia.

Soon, mom began to weep softly. She said her abdomen was “going to explode.” I had never seen her break down in this manner. My stoic mom was bent over, writhing in pain. Finally, the medical staff took her inside and began to treat her pain. In a matter of seconds, mom went from weeping to sleeping. Her CT images in my mind were the same, but at least she was at ease.

The emergency physician attempted reduction as I held an ultrasound probe over her hernia, but the reduction attempt failed. Thankfully, mom’s lactic acid levels were normal. I still imagined that a CT image would show intestinal obstruction — perhaps even worse now — but mom continued sleeping peacefully.

Finally, the surgeon was able to manually reduce her hernia. In the following hours of observation, I visualized her CT images starting to normalize. After she successfully consumed liquid and later solid foods, mom was discharged, and we went back home. She will soon schedule her elective hernia repair.

As I accompanied my mother during this time, I reflected on the many imaging studies from the ED that I had read on call during training and moonlighting. As the list builds up in the reading room, patients are waiting with acute symptoms and uncertain clinical presentations. Patients deserve quality, efficient diagnoses and treatment as evidenced by my mother’s experience.

Remember, there is a life behind our diagnostic screens. The patients and their relatives are waiting for our expert eyes to scrutinize all the pixels of their images. I remember a head CT with an intraventricular meningioma that I saw on Christmas Eve of my R2 year. Shortly after, that same night, I learned the image belonged to an attending’s wife.

Our diagnostic and procedural work is very valuable. Despite the stress that comes with our jobs, let’s keep in mind that the images on our monitors belong to people, valued family members and possibly relatives. That is enough motivation to get us through those busy shifts.