ACR RFS Economics Journal Club: What Are APMs and What Do They Mean for Radiologists? 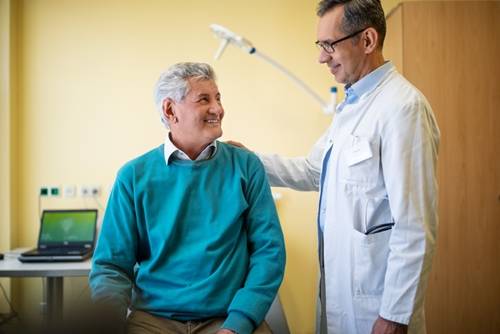 The Big Picture and Acronyms Explained

Brief Summary
The current fee-for-service (FFS) healthcare system emphasizes quantity over quality without a reimbursable measure for healthcare “value” that is delivered. MACRA is the current legislation that is designed to achieve better quality healthcare by incentivizing value over quantity and ultimately stopping FFS healthcare.

This all sounds great — but moving towards a reimbursement based on value is a rather nebulous concept. MACRA attempts to take concrete steps in making payment adjustments to the traditional FFS payments. It does this by having physicians report a number of performance metrics in different categories in the Merit-Based Incentive Payment System (MIPS) or by achieving larger transformations as demonstrated through Advanced Alternative Payment Models (APMs).

Panelist Commentary
Essentially MACRA repealed the previously implemented Sustainable Growth Rate. It is a constant balance between allocating money between the “winners” and the “losers” in this new system, with additional reallocations patching other deficits (i.e. E/M cuts).

MIPS should be viewed as a stepping stone to the APM, as it is a pay-for-performance category. The predicted cuts/gains for the adoption of this APM was once projected to be +/-9%; however, the true payments and cuts have been closer to +/-1% based on practice score cards.

How do Physicians Fit Into This?

MACRA legislated that CMS must have a way for physicians to participate in the Physician-Focused Payment Model (PFPM) to specifically target the quality and cost of physician services. The PFPM Technical Advisory Committee (PTAC) was created to accept/review proposals for new PFPMs from different specialties, which has had no significant downstream effect.

Panelist Commentary
MACRA has made it clear that practice models are needed and the PTAC was created to essentially gather ideas and make proposals. There were many creative and unique proposals; for example, the hiring of a handyman to a care team who would go out and inspect the patient’s home to look for trip hazards and unsafe living conditions. Sadly, but likely not surprisingly, many ideas were self-serving and beneficial to the stakeholder’s profession. Although initially many ideas and models were proposed and submitted to PTAC, CMS has essentially denied them all, resulting in a perpetual stalemate. Ultimately, Medicare was likely never going to implement any of the ideas, and although the PTAC still meets, there are no new proposals being submitted and it largely serves in an advisory capacity.

Radiologists in APMs don’t really know they are in them and haven’t adjusted their practices, similar to subspecialties outside of radiology. The subspecialty as a whole is more subjected to the billing practices of the healthcare system as opposed to a group-based decision. There are currently no radiology-specific APMs, and few radiologists are actually in APMs. One of the suggested articles (Rosenkrantz et al 2020) found that there was a benefit for the MIPS APM strategy and that overall performance scores were better than for individual physicians. Small practices historically struggled in MIPS but saw a boost in their scores with the adoption of MIPS APM. This is likely explained by practices having the infrastructure and the administration to figure out the payment plans and implement them accurately, rather than actually improving overall quality in measurable ways.

Under MIPS, the goal is to attribute the patient to one clinician. However, physicians work as a team and having the patient’s overall care attributable to one clinician is not ideal or feasible. Essentially, one clinician will not be taking the responsibility for the patient since it is a team effort, and reimbursement practices should follow suit.

Can a model be created where, for example, a breast radiologist is held accountable in an episode-type way? For example, could the breast radiologist be viewed as an “episodic encounter” that bridges from the screening mammogram to the diagnostic sampling, and subsequently be reimbursed as such? Some specialties are very episodic, like orthopedics who have bundled payment plans for episodes; however, radiology as a whole does not practice this way. One initiative that Golding and Nicola have spearheaded recently is closing the loop in communication and workup for incidental findings, particularly for ER patients. Although this would add significant value to overall healthcare, there is currently no reward or payment system for it.

Where is this Heading?

Reforms will come through health systems and not the governmental mandate. We are likely headed to greater consolidations leading to 500 or less health systems that possibly team up with insurance companies. We will see lots of mergers in the near future that will have significant downstream effects. In summary, the jury is still out if we are actually decreasing overall costs or improving quality of healthcare in our current direction.

What Does it Mean for Residents/Fellows?

Knowing the nuances of this legislation is not necessary, as it will likely change and continue to adapt to the times. However, these are the final points:

The above synopsis was prepared from live and recorded audio of the Journal Club and is a summary only. For complete content, listen to the entire webinar found on the ACR RFS Journal Club Page.