A Trailblazer for Inclusivity Shares Her Lessons for a New Generation 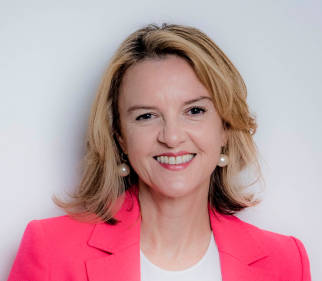 Geraldine B. McGinty, MD, MBA, FACR, president of the American College of Radiology, contributed this post.

I recently spoke with Elizabeth “Betty” A. Patterson, MD, FACR – socially distanced, that is, during the pandemic—as she shared her story with me. She recounted her journey rising through the ranks as a Black, female breast imager with a passion for advocating for diversity in the field and quality patient care.

I asked her when she first considered science as a career and she pointed to her parents, both scientists, as an early inspiration. And yet in her small high school in a suburb of Pittsburgh, her guidance counsellor insisted that she could only select brochures from the “girls’ side” of the office, brochures that would have steered her to a career in nursing or teaching. She had to get her older brother to pick up the university brochures for her. Ironically, she did start in a combined nursing degree program, lacking the confidence that she could get into medical school, but switched to pre-med after a year.

During her internship, Dr. Patterson realized how much she enjoyed her interactions with one of the radiologists. She found him knowledgeable but, equally importantly, focused on asking the right questions to get to the diagnosis, so radiology became her career path. Dr. Patterson began her attending career at Mercy Hospital in Pittsburgh, now part of the University of Pittsburgh Medical Center system.

At that time, the newest member of the group held the responsibility of reading the mammograms. As a result, Dr. Patterson became an “accidental” breast imager, went on to start the first screening program in Western Pennsylvania in collaboration with the American Cancer Society, and became the first woman and the first Black physician to lead the Pennsylvania Radiologic Society. Rising through the ranks of organized radiology, she served as the first female chair of the Radiology Section of the National Medical Association and is a fellow of the American College of Radiology® (ACR®). Dr. Bruce Hillman appointed Dr. Patterson as Chair of the Special Populations Committee of the ACR’s Research initiative with the goal of increasing both the diversity of populations included in research cohorts but also of the profession. She also took on leadership roles in the broader healthcare arena. As the Food and Drug Administration took on the regulation of mammography following the passage of the Mammography Quality Standards Act (MQSA), Dr. Patterson served as chair of the MQSA Advisory Committee.

She emphasizes the importance of seeking a mentor who’s in your corner and willing to encourage you to go forward, as well sponsors who open doors to opportunity. For example, leaders and mentors like Joseph A. Marasco, Jr., MD, FACR, former chair of the ACR Board of Chancellors, and 1995 ACR Gold Medal honoree, were critical to opening the doors to increased diversity in organized radiology.

Dr. Pattern points out, “Back then, almost nobody looked like me.” Throughout her career, and even in retirement, she remains an influential voice in breast imaging, especially with regard to the importance of diversity and the need to drive better outcomes.

As we all continue to adjust to our new normal, Dr. Patterson shared with me that she has been cleaning out closets and going through old photos. The contents of those drawers and photo albums document a luminary career. Her work has moved our profession forward not only towards more inclusive leadership, but also to better healthcare for our community.

By Geraldine B. McGinty, MD, MBA, FACR
on February 11, 2020
As our specialty demands unique expertise and touches virtually every part of patient care, radiology must take a leadership role. This involves engag...
Categories Radiology Leadership