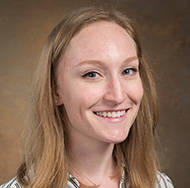 As we celebrate the achievements of women across the globe this Women’s History Month, I want to take a few moments to honor women who have made extraordinary contributions to the advancement of medicine — and, in particular, medical physics.

A medical physicist myself, I’m inspired by pioneers like Marie Curie, the first woman to win a Nobel Prize, let alone win the Nobel Prize twice, and a physicist who made groundbreaking discoveries, developing the field of nuclear physics and implementing the use of radiation in medical imaging and therapy.

Edith Quimby changed the trajectory of thyroid disease treatment, brain tumor diagnosis and nuclear medicine. She won numerous awards, including the Janeway Medal from the American Radium Society, honorary degrees from Whitman College and Rutgers University. She served on the Atomic Energy Commission and was a founding member of the American Association of Physicists in Medicine (AAPM).

Rosalyn Yalow, another pioneer in medical physics, won a Nobel Prize for developing the radioimmunoassay. She won several awards throughout her career and was elected as a member of the National Academy of Sciences. Along with Quimby, Yalow was a charter member of the AAPM and her contributions greatly impacted our field.

Throughout my career, I’ve been privileged to learn from female mentors, including my chair of radiology, program director and chief of physics. But I also realize how incredibly fortunate I am to have direct access to female leaders in my field.

The State of Gender Diversity in Medical Physics, a recent article published in Medical Physics, reported that as of 2019, only 23% of AAPM members are women. What’s more, women only accounted for 12% of members reporting clinical leadership roles. There is a clear gender disparity in the field, especially among those holding leadership positions. This isn’t to say that things aren’t improving – the latest report from the Society of Directors of Academic Medical Physics Programs found that 42% of first-year medical physics PhD students were women. Contrast that with a report from the American Institute of Physics showing that only 20% of first-year physics PhD students were women.

This change is in large part due to the American College of Radiology® (ACR®), AAPM and other organizations making substantial positive strides towards increasing representation all-around and achieving gender equity. From increasing access to resources and support to developing diversity and inclusion-focused committees, these institutions are providing the tools we need to tackle gender equity.

I am lucky to have trained in a time and place where I was supported by mentors and guided by trailblazers like Curie, Quimby, and Yalow. When I applied for the ACR’s Richard L. Morin, PhD, Fellowship in Medical Physics, I did so with the privilege of not having to fight against all odds to get there. The fellowship gave me the opportunity to attend the ACR Annual Meeting and Capitol Hill Day, participating in various advocacy efforts and meeting with ACR staff members at their headquarters in Reston, VA. I learned the importance of demonstrating the value that the medical physics community holds. I found my voice advocating for my field, and I hope to empower other medical physicists to do the same.

Celebrating 10 Years of the ACR RLI 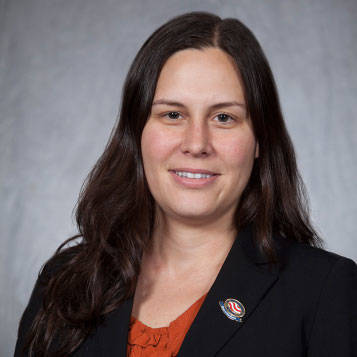 By Jennifer Nathan, MD, Frank J. Lexa, MD, MBA, FACR
on May 26, 2022
In 2012, the ACR launched the RLI to address the need for strong physician leaders to overcome the increasingly complex challenges of the 21st century...
Categories Radiology Leadership