When the Radiologist Becomes the Patient: My Colorectal Cancer Screening Every March, during Colorectal Cancer Awareness Month, we revisit the importance of screening for colorectal cancer. As a disease that is estimated to be newly diagnosed in more than 147,000 patients and kill 53,200 people across the United States this year alone, and the third largest cancer killer among both men and women, it’s crucial to realize that colorectal cancer can be entirely avoided through timely screening.

Unlike screening tests for many other cancers, there is significant consensus and little controversy regarding the overarching lifesaving impact of colorectal screening. However, screening rates remain far short of the 80% goal that multiple societies, including the American College of Radiology® (ACR®), had set. For this reason, many groups including the United States Preventive Services Task Force (USPSTF), American Cancer Society (ACS) and the ACR have advocated for multiple screening options to be made available to maximize screening rates. It is also for this reason that CT colonography (CTC), also known as virtual colonoscopy, was added to the list of Grade A screening options when the USPSTF updated their guidelines in 2015. Among the multiple options available, CTC and optical colonoscopy are the only two exams that reliably detect precancerous polyps throughout the entire colon, resulting in true prevention of colorectal cancer.

Increased screening rates have helped to reduce the overall incidence of colon cancer over the past decade; however, a disturbing increase in the incidence of early onset colorectal cancer has recently been documented. In light of this alarming trend, the recommended age to begin screening in individuals without risk factors was lowered to 45 by the ACS in 2018, a move supported by the ACR.

This is where the story takes a very personal turn. As a 45-year-old with a family history of colon cancer, it was time to begin my own screening. As a longtime advocate, I naturally chose CTC as a noninvasive, yet equally accurate, alternative to colonoscopy for my screening. As the Patient Protection and Affordable Care Act mandates that all private insurers now cover screening CTC, I knew the cost of the exam was covered. As no sedation was involved, I could drive myself home and immediately resume daily activities afterwards. While the bowel prep is widely regarded as the most onerous step in either CTC or colonoscopy, I found the low-volume magnesium citrate and barium and iodinated oral contrast tagging agents relatively tolerable and not as bad as I expected. The CT scan the following morning was only transiently uncomfortable during CO2 insufflation. My discomfort eased quickly, and the whole exam was finished within 10 minutes. As a radiologist, I was able to check the adequacy of my own colonic inflation while on the CT bed, and that was when I first noticed something very wrong with my exam.

I reviewed my own study and found a large pedunculated polyp on a long stalk, measuring greater than four centimeters, arising from my terminal ileum and prolapsing through the ileocecal valve between supine and prone positions. I showed the images to a good friend and gastroenterologist who was surprised that I hadn’t already developed a bowel obstruction. I am forever grateful to him for squeezing me into his schedule two hours later and spending another nearly three hours endoscopically resecting the entire polyp in piecemeal fashion from my terminal ileum, a location that could theoretically be overlooked in the absence of a preceding CTC.

I was very fortunate to be plugged into a health system where a same-day colonoscopic biopsy was feasible (in much the same way that same-day CTC is made available for incomplete colonoscopies). I feel this should be the future of colorectal screening, especially if — and when — increasing numbers of patients begin screening and potentially overwhelm endoscopy capacity. There is no shortage of CT scanners in the US! Approximately 9 in 10 CTCs will not need a colonoscopy, reducing both cost and strain on limited resources.

There were a few other important takeaways from that fateful day:

In addition to being feasible to perform on the same day, CTC and colonoscopy serve highly complementary roles in colorectal screening. CTC is often better able to visualize the right colon, particularly in the setting of an incomplete colonoscopy, and colonoscopy remains essential for polypectomies.

Secondly, while private insurers cover screening CTC, Medicare and Medicaid’s refusal to cover screening CTC continues to unfairly leave millions without access to this alternative screening option — a lower cost option which has been shown to increase overall screening rates and save lives.

Thirdly, 45 is definitely not too young to start colorectal cancer screening, especially when 1 in 7 are now diagnosed under the age of 50.

And finally, pathology of my specimen revealed a benign hamartoma, one big bullet dodged! There is nothing like an existential health scare to gain valuable perspective on life and personal health. I urge you, your loved ones and your patients to be screened starting at age 45.

For more information, visit the ACR’s Colon Cancer Screening Resources, RadiologyInfo.org and the ACR’s new My CT Colonography Locator Tool to find or add a location near you. 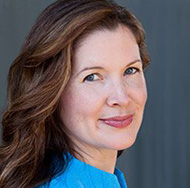 By Courtney Moreno, MD
on March 10, 2022
As March is National Colorectal Cancer Awareness Month, what better time for radiologists to educate ourselves, our colleagues and our patients on the...
Categories Screening and Preventive Care