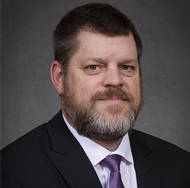 February is American Heart Month, a federally designated event that began in 1964 with a proclamation by President Lyndon Johnson. We are encouraged to actively begin or renew efforts to improve our own heart health, including increasing physical activity, maintaining a healthy weight, eating a nutritious diet, quitting tobacco, reducing stress and getting better sleep. Another key to heart health is seeking and maintaining close and positive relationships with family and friends.

Heart Month also affords an opportunity to marvel at the evolution of cardiac imaging and intervention, and the radiologists who pioneered this evolving field. Drs. Leo Rigler and Fred Hodges recognized early the importance of evaluating the heart in plain film radiography. Cardiac and coronary angiography were introduced into practice in the 1940s to 1960s by radiologists and cardiologists working competitively and collaboratively.

Two-dimensional cardiac echocardiography, as practiced today, is based on early work by Raymond Gramiak in the late 1960s and early 1970s.

Imaging and percutaneous cardiac/coronary interventions continue to play significant roles in contemporary cardiac care management. Throughout the remainder of this Heart Month, let’s celebrate the grand history of cardiac imaging while also focusing on our own heart health. 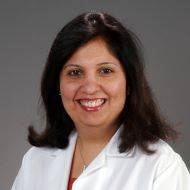 By Kalpana M. Kanal, PhD, DABR
on December 2, 2021
In Oct. 2021, the ACR shared the news about the publication in Radiology of diagnostic reference levels and achievable doses for the ten most commonly...
Categories Quality and Safety