A Voice of One 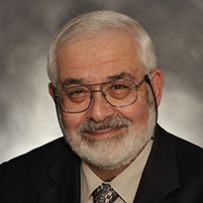 Richard H. Daffner, MD, FACR, a retired radiologist who practiced at Allegheny General Hospital for over 30 years, contributed this post.

In today’s polarized political climate, we often hear friends and neighbors say they are not going to vote because they feel their vote will not make a difference. So, I ask, can a voice of one make a difference? A recent report in the ACR Bulletin, Demystifying Policymaking, led me to recall my own experience.

In 1998, I was a Councilor for Pennsylvania to the American College of Radiology (ACR). Councilors vote upon resolutions introduced since the previous year at the College’s annual meeting. A resolution is submitted, given to one of four Reference Committees and presented to the membership for comments. They then decide to recommend one of four courses of action: adoption as written, adoption following amendment(s), referral either to the Council Steering Committee or to the Board of Chancellors for further consideration, or defeat.

In 1998, the job market for residents and fellows finishing their training programs was reaching an all-time low. Reimbursement reductions by Medicare (and other insurers following suit) at that time had led many radiology groups to defer new hiring. Furthermore, the usual attrition rate from retirement was also slowed, as many senior radiologists continued to work because of drops in the stock market and hence, in the value of their pension accounts.

In this context, the ACR Residents and Fellows Section proposed a resolution asking the College to use its influence to reduce the number of residency slots available, and thus reduce the competition for the few jobs that would be available following training. This resolution was presented to the appropriate Reference Committee who, hearing no objections, recommended that it be adopted.

The ACR Council presented the resolution for a final vote. The Speaker of the Council opened the floor for discussion. I went to the microphone and said, “Mr. Speaker, I speak against the resolution.” This was followed by a chorus of boos. After the Speaker restored order, I presented my opposition and asked how many of the delegates were from practices that had residency training programs. About 20 percent raised their hands. I then told them that I was from an academic private practice at a community teaching hospital that had twelve residents. Each year, prior to 1998, we received an average of 300 applications for three available resident slots. That year, we received only ten! I also pointed out that the total number of positions was determined by the Residency Review Committee and by Congress, who reimbursed training programs. I concluded that the system was, in fact, correcting itself and that the ACR should not intercede.

As soon as I sat down, several other academicians from large and small programs voiced their own similar experiences in a decline in residency applications. They agreed that the system was correcting itself and felt the resolution should be defeated. Ultimately, the Council defeated the resolution. I truly believe we made the right decision. Had I not spoken up, the resolution would have unanimously passed and become ACR policy.

In a free society, all are entitled to express their opinion. If they make a cogent argument for their position, reasonable people will listen and their opinions can change. A voice of one can and does make a difference. And most importantly, everybody’s vote counts.

Reimbursement and Radiology: Updates You Should Know By Ryan K. Lee, MD, MBA
on January 27, 2022
A flurry of activity in the reimbursement landscape occurred in the last few months of 2021.
Categories Advocacy, Economics