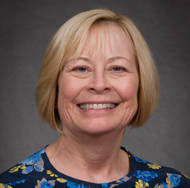 This is good news, and adds to the ever-growing body of evidence that lung cancer screening with LDCT is effective.

The study found the incidence of lung cancer to be nearly the same in both the LDCT group and the chest radiograph (CXR) groups. Lung cancer mortality was 3.3 points lower in the LDCT group (42.9 per 1000) compared to the CXR group (46.2 per 1000), which is similar to the 3.1 points noted in the original NLST study results.

The Number Needed to Screen (NNS) to prevent one death was 303, slightly less than the 320 which was reported in the original study. The stability of the difference in NNS over time indicates that LDCT screening did not just delay lung cancer death by a few years, but prevented it.

In addition, the overdiagnosis rate fell to 3.1%, considerably less than 18% in the original study.

By demonstrating a similar and sustained mortality benefit as the original study, the extended follow-up of NLST confirms what the ACR Lung Cancer Screening 2.0 Steering Committee (ACR LCS 2.0) knows: that LDCT is effective, and that more lives can – and will – be saved by its effective utilization.

Mythbusting Lung Cancer Screening, One Podcast at a Time

By Debra Dyer, MD, FACR
on February 18, 2021
Lung cancer remains the leading cause of cancer death in the United States. Amid an ever-changing healthcare climate, it’s more critical than ev...
Categories Screening and Preventive Care, Quality and Safety