The Value of Hard Work

The radiologists at Radiology Inc. in Mishawaka, Ind., have found a way to quantify non-billable value added actions, and hospital administrators are taking notice.
Get a PDF version of this Case Study
Download
View the Instagram Live event with Samir Patel, MD, FACR
Watch the related video
Watch the accompanying webinar

A few years ago, Samir B. Patel, MD, of Radiology Inc. found himself in a bind. During contract negotiations with one of the hospitals his practice serves, the hospital president told him something no radiologist wants to hear: The physician leadership had taken the position that if Patel’s group didn’t want to “play ball” and accept the hospital’s terms, the president should sever the relationship with Radiology, Inc. From the physicians’ perspective, all radiologists do is read images and, for that reason, would be easy to replace.

This sentiment was a misperception, however. The radiologists at Radiology Inc. do much more than simply read images — they sit on hospital committees, attend conferences to educate themselves on the latest trends in radiology, and undertake practice improvement projects, among other responsibilities. However, since they traditionally had no way to quantify these value-added tasks, it had always been difficult for them to prove their worth to the hospitals in anything other than relative value unit (RVU) terms.

Patel had identified this lack of a mechanism for verbalizing non-work RVU actions performed for the benefit of the group, and was in the midst of developing a program for quantifying them. He quickly realized the value of having such a “scorecard” to show how much value his practice was adding to the hospitals without being compensated for doing so. The result was the “Radiology Value-Added Matrix,” a document that captures quantified value-added actions ranging from the development of protocols to participation in peer review, duties that many radiologists do not typically account for in any concrete way. 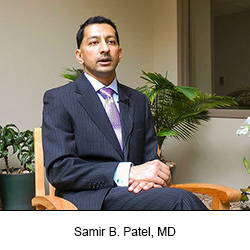 “Previously, success was defined as how many exams one could do in a particular period of time, so it was purely based on volume,” explains Patel. “There was no emphasis, to the degree that there is now, on quality and service.”

The matrix has helped Patel and his colleagues identify activities beyond imaging interpretation that enhance quality patient care. For example, one area in which Radiology Inc. has saved its hospitals money while at the same time improving care involves self-editing radiology reports. In addition to reducing report turnaround time and showing how many hours of transcription time radiologists saved the hospitals by self-editing, Patel can then multiply the hours saved by the average payment rate for a transcriptionist, thereby deriving a total dollar amount saved without the hospitals having paid out any money.

At the end of a defined time period, Patel multiplies the total number of value-added hours for all non-work RVU activities by the Medical Group Management Association’s determination of the average hourly rate for a radiologist’s time. In doing so, he can demonstrate the amount of money his practice saved the hospitals. During the first year the matrix was in operation — which only covered the non-RVU services provided to one hospital — Radiology, Inc. provided close to half a million dollars in added value for which they were not directly reimbursed.

“The Value-Added Matrix is a great tool to summarize all of the efforts that the radiology department is providing to the health system,” notes Gen Lankowicz, MD, vice president of medical staff affairs at Elkhart General Hospital in Elkhart, Ind. “At our hospital, our radiologists are among the strongest physician leaders, and they actively participate in many groups. The Value-Added Matrix is a way to quantify all of the extra time and effort they contribute.”

As confident as Patel and his colleagues were that the matrix communicated their value in no uncertain terms, they still had to convince hospital leadership that it was the real deal. So Patel assembled several hospital executives and presented the department’s results. “This is the language they speak,” says Sheila Witous, chief administrative officer at Radiology Inc. “It’s sometimes hard to move from radiology-speak to hospital administrator language,” but, she says, the matrix is the perfect way to translate value-based information so that both sides understand each other. 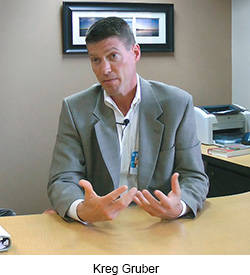 Kreg Gruber, president of Memorial Hospital of South Bend in Indiana says that the matrix struck a chord with him because “the metrics are very defined and measured in terms of time and output,” which provides a sort of value-based scorecard. This approach has won over hospital administrators at the highest levels because, continues Gruber, “it puts some meat on the bones of all the other things that they do.”

Gregory S. Lossasso, president of Elkhart General Hospital, agrees. Before the advent of the Radiology Value-Added Matrix, he says, “I would sit and have to ask the director of the department, ‘Are they there? Are they not there? Are they doing things or not?’ This way I can actually get a quantifiable report that tells me everything they’re doing.”

Patel explains that the matrix has two key components: the input side and the output side. “The input side is where we record the amount of time that radiologists spend on different activities,” says Patel. “On the output side, at the end of every year, we take a look at all of the activities that were performed and we summarize it into an executive summary that we present to the hospital in each of the four major categories: quality, service, utilization management, and professional development.”

(See an example of the input report here.)

(See an example of the output report here.)

And the matrix is flexible enough to be used by just about any practice or department. Allison E. Lamont, MD, department chair of radiology at Elkhart General Hospital, thinks that all radiology departments can use the matrix to effectively reflect radiologist engagement in value-added activities. “Can you demonstrate that you’ve got a pretty deep bench within your radiology department? When you challenge those radiologists to be engaged in what they can contribute, you’ve got it — you’ve got quantification of it, and then you can take it to your administrators in the hospital and show them: We’ve got A through Z covered here.”

Patel and his colleagues have found the matrix to be a useful way to capture valuable activities they had been doing all along. If used by other radiologists, it could help not only protect hospital contracts, but also potentially justify medical directorship fees. Since all that potentially stands between a practice and the continuation of its contracts is a series of misperceptions, radiologists would be remiss not to begin using their own matrix as soon as possible.

The Value of Hard Work by American College of Radiology is licensed under a Creative Commons Attribution-NonCommercial-NoDerivatives 4.0 International License. Based on a work at www.acr.org/imaging3. Permissions beyond the scope of this license may be available at www.acr.org/Legal .

Have a case study idea you’d like to share with the radiology community? Submit your idea now.