Radiologists at Beth Israel Deaconess Medical Center in Boston, Mass. are working with referring physicians to reduce the uncritical use of inpatient imaging. 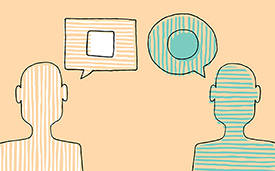 In September of 2011, the radiologists at Beth Israel Deaconess Medical Center (BIDMC) in Boston, Mass. had to shut down one of their two MRIs for maintenance. Since the hospital wanted to ensure that only the most appropriate studies were performed on the remaining MRI, they set up a system where in-house referring physicians from clinical services called a senior hospitalist in charge every time an MR or CT was ordered. The goal was to confirm that the requested scan was required for diagnosis or treatment, following best practices such as those identified by the ACR Appropriateness Criteria®.

During a two-week period, they discovered that inpatient MRI imaging volume fell by 90 percent without any adverse events. They realized that a conversation between a radiologist and referring physician prior to order entry often led to the selection of appropriate, cost-effective imaging that best answered the clinical question. This temporary workaround sparked a process to make permanent changes that could contribute to the appropriate use of health care resources.

Radiologists at BIDMC initially began by researching the underlying reasons for the use of imaging. According to Ammar Sarwar, MD, radiologist for vascular and interventional radiology and informatics at BIDMC and an instructor in radiology at Harvard Medical School, imaging was sometimes done for medical or legal issues, to ensure that physicians were not missing something potentially dangerous, no matter how unlikely. In other instances, it was the patient who demanded additional imaging to make certain they did not have a disease. Additionally, extra tests were sometimes ordered when patient images from an outside hospital were unavailable.

“As we began discussing ways to address the issue with our referrers, we quickly realized that the phrase ‘inappropriate imaging’ can create a negative reaction,” states Sarwar. “Referring physicians took offense to that, so we searched for an alternative phrase. The one that was received well was ‘reducing the uncritical use of imaging.’ If I told a referring physician their imaging request was inappropriate, they would view it as a challenge to their clinical acumen, and they still wanted a CT to satisfy their checklist.”

In the next phase of the effort, BIDMC radiologists began investigating specific populations of patients where it seemed there was an excess of uncritical imaging. One group they focused on was patients with liver cirrhosis, an illness where relatively large volumes of imaging are often prescribed. To identify areas of uncritical imaging for cirrhotic patients, radiologists at BIDMC involved ER physicians and hepatologists. The hepatologists provided expertise in the stages of the disease process, ER physicians provided context to why they ordered the tests, and radiologists provided expertise in imaging acquisition and interpretation.

Patients suffering from liver cirrhosis usually enter the emergency room in a state of confusion. Since they suffer from an altered mental state, cirrhotic patients are often first given a head CT, because their symptoms may resemble those suffered by patients with an intracranial hemorrhage, which warrants further imaging. “ER physicians will order a head CT if they suspect an acute pathology inside the head, especially when the patient cannot answer any questions,” explains Sarwar. “Their decision to pursue imaging in this clinical scenario is clearly not a considered one. Beyond cost implications, there’s also a radiation risk because patients with liver disease come back many times in the same state of confusion and receive multiple head CTs. Some patients in our review came in so frequently, they would receive 40 or 50 head CTs within the course of a year, which is a huge amount of radiation directly to the head and eyes.”

The BIDMC radiologists discovered that over a five-year period, only one cirrhotic patient (out of 316 patients) had a positive head CT, resulting from a head injury suffered during confusion; the rest were negative.1

Because of this analysis of utilization patterns for advanced imaging at BIDMC, radiologists instituted a flag for ER physicians within each patient record. When ER physicians ordered a test, a flag appeared revealing the number of times a patient had received an imaging test in the past year, and physicians are urged to review the patient’s medical record to assess whether additional imaging is necessary.

“Prior to the implementation of the flag, ER physicians often ignored a radiologist’s plea to reconsider imaging, even after multiple, prior negative exams,” Sarwar recalls. “If you tell physicians what they’re doing is wrong, that usually doesn’t change behavior, because it won’t take away their fear of medicolegal repercussions. But if the ER physician, the hepatologist, and the radiologist come together and agree that there should be a hospital guideline not to order a head CT for patients with cirrhosis, this provides legal protection to the physician, since they feel assured they’re following hospital policy or local guidelines.”

On a broader level, a survey was presented to residents and fellows within BIDMC to better understand the issue of over-utilization of imaging. According to the results of this survey, physicians at BIDMC found it challenging to get in touch with radiologists when they needed to determine the most appropriate type of imaging test for inpatients. Implementation of an automated phone tree provided a basic, yet effective, method for physicians to quickly reach the correct radiologist. Sarwar and the telecommunications team set up a streamlined system so callers were able to talk to a radiologist within three touches of a button.

Learn more about BIDMC’s process for implementing the phone tree.