A Wisconsin radiologist has developed a symptom-based program to help referring clinicians and their staffs order appropriate imaging exams.
Get a PDF version of this Case Study
Download 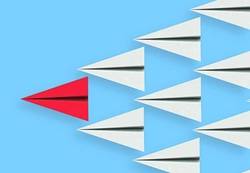 What if a radiologist was involved in helping physicians diagnose an illness as soon as a patient came into the hospital? Radiologists at Door County Memorial Hospital in Sturgeon Bay, Wis. are now playing that important role. Based on an innovative, symptom-based approach, the radiology department at this small rural community hospital has not only become a valuable resource for facilitating appropriate image ordering, but also a crucial contributor to the health care team from the moment a patient comes through the front doors.

Donald L. Renfrew, MD, FACR, is a partner at Radiology Associates of Fox Valley in Neenah, Wis. and is the medical director of radiology at Door County Memorial Hospital. As the director of “Grand Rounds,” a bi-monthly conference to educate clinicians who order imaging about radiology topics, he has helped fine-tune the teaching series by placing an added emphasis on imaging and its important connection to diagnosing disease — starting with the symptoms that are exhibited by presenting patients.

“What I found when doing these conferences and working with family practice physicians is there is another step involved before you order the image,” he explains. “What brought the patient in? Once you know a person has, for example, abdominal pain, then there is a list of causes for that symptom. And that, in turn, guides us to the appropriate scan to order.”

Eight years ago, when Renfrew was asked to head the Grand Rounds teaching series to educate referrers, he began researching the best way to educate medical staff at Door County Memorial Hospital about ordering images. The hospital is a 22-bed, critical access facility in a rural setting. Participants in the bi-monthly lectures include not only surgeons and other specialists, but also primary care physicians and their nurse practitioners (NPs) and physician assistants (PAs). Renfrew found that instead of trying to teach diagnostic imaging for thousands of different diseases, it was best to harness 100 common symptoms that patients present and to connect them to the most common diseases to better guide the process of image ordering.

“At first, I tried to look for a single book that I could use and adapt to give lectures to tell clinicians what they needed to order for a cough or headache,” Renfrew states. “There are thousands of radiology textbooks, but most of them are about how to train people on interpreting images and performing radiology procedures. They may mention, only in passing, that the first step for a cough is a chest x-ray or to look for issues like viral pneumonia, asthma, or gastroesophageal reflux. But none of them were focused on using symptoms as the first step in determining appropriate imaging.”

As a result of this realization, Renfrew began writing what would ultimately become his own book. Formed before the lecture series, it was named Symptom Based Radiology , and is divided into 16 chapters based on various organ systems. Renfrew eventually designed the book to educate referrers, specialists, NPs, PAs, and all interested medical staff about ordering the correct imaging tests for a patient. A free and frequently used online resource, it contains quiz cases and also a link to ACR’s Appropriateness Criteria® guidelines. All chapters can be downloaded in PDF format. 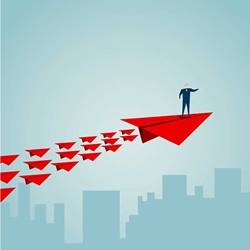 Renfrew self-published the book to keep expenses low and initially wrote the book with primary care physicians in mind. When his staff tracked sales, however, they noticed many of those buying the book were PAs and NPs. “Since newly trained internists aren’t usually available to practice primary care, NPs and PAs are filling that void,” he explains. “They have really expressed a desire and need for direction and help on ordering imaging and what imaging means in the larger context of taking care of the patient.”

Nurse practitioner Paula L. Hobart, APNP at Door County Medical Center agrees. “I use Dr. Renfrew’s Symptom Based Radiology regularly in my practice to help me decide which diagnostic imaging test would be most helpful in ruling out or confirming a diagnosis,” she states. “The book is very user friendly, with tables and bullet points that are easy to read, and includes bold headlines such as ‘who not to image’ or ‘red flags’ that are easy to review in the midst of a busy schedule. During his live seminars, he explains the significance of imaging tests in language that a non-radiologist provider can understand and has an open and friendly manner that invites questions from the audience.”

It is also a valuable resource for those who are new to imaging and need guidance on ordering tests. “The Grand Rounds are great learning opportunities,” says Door County Medical Center nurse practitioner Ellen L. Knipfer, MSN, RN, FNP-BC. “Another important aspect of these conferences is the discussions on what imaging study to order first. As a relatively new nurse practitioner, I often question which study I should order that correlates with the patient’s complaints. Attending the conferences has helped me go straight to ordering a CT of the abdomen versus an x-ray, or ordering an ultrasound rather than a CT.”

The hospital’s Grand Rounds seminars have evolved into specialists presenting information with a radiology component. For example, a group of oncologists who are presenting information about how a patient was treated for lung cancer and how the diagnosis was determined will also include a portion devoted to any relevant imaging. The topic is announced one or two months in advance, and the hospital obtains CME credit approval for each lecture. “Regardless of who is presenting, we have a discussion on imaging when we come to the imaging component of the lecture, and I review what I have covered in previous lectures in greater length, based on the symptoms and the images,” says Renfrew.

His advice to other radiologists is to speak at case conferences. “Most hospitals have a tumor board where they will discuss cancer cases,” he states. “Anytime a radiologist is involved, he or she can review what appropriate imaging is needed for each case.”
Renfrew also encourages developing an approach to diagnostic imaging that uses a symptom-based checklist. To this end, he recommends the book Checklist Manifesto by Harvard University surgeon Atul Gawande, which discusses how preplanning checklists used by other fields to improve performance — such as aviation, construction, and finance — can be adopted in the field of medicine. 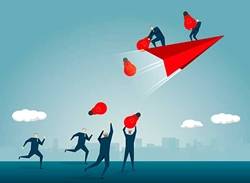 To keep his own symptom checklist current and complete, Renfrew has patients fill out paperwork detailing their symptoms. “When we do radiology here, the patients get information forms,” Renfrew explains. “If they have a cough, there is also a box that asks if they have a fever, a history of asthma, or a history of gastroesophageal reflux disease, which are common causes of a cough. This paperwork helps me revise my checklist of what to look for in a study.”

Renfrew stresses that it is important that radiologists recognize their multifaceted roles, especially when various medical staffs seek them out for advice on ordering imaging or guidance on whether imaging is even necessary. “My role allows me to think about medicine from another perspective, and the clinicians realize they have an asset in the radiology department,” he says. “When they call me and ask me about a patient with a backache, and whether they should perform an epidural, a CT, or an MR, they know that I’m capable of thinking in their terms.”