Pioneers of the Unknown

One radiologist imparts wisdom about the effects of Massachusetts’ state health care reform.
Get a PDF version of this Case Study
Download 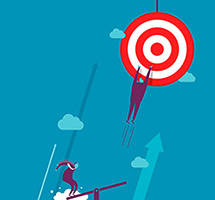 Imagine if time travel were possible. Wouldn’t it be convenient if a radiologist could travel back from the future and relay the effects of today’s most pressing health care reforms on the specialty? If an imager from 2025 could illuminate how shifting payment models have affected radiologists? Or explain whether joining an accountable care organization (ACO) would lead to significant shared rewards for imaging departments?

Even though time travel may not be possible, there is important wisdom to be imparted about the ways current reforms might affect radiologists down the road. Steven E. Seltzer, MD, chair of the department of radiology at Brigham and Women’s Hospital (BWH), and professor of radiology at Harvard Medical School, both in Boston, Mass., has gained invaluable perspectives about alternative payments and ACOs while experiencing change firsthand. In 2006, former Massachusetts Governor Mitt Romney proposed a statewide health care reform bill that subsequently became state law. Much of the Massachusetts program was then emulated in President Obama’s Patient Protection and Affordable Care Act of 2010.

Since then, BWH radiologists like Seltzer have seen universal insurance coverage and payment reform implemented, while participating in one of the country’s pioneer ACOs. Now, Seltzer has important insights about how to ensure radiologists are affected positively by health care reform, including joining committees and demonstrating to decision makers the value provided beyond simply reading scans and performing procedures.

Since the 2006 Massachusetts state health care reform bill, Seltzer and BWH radiologists have seen the evolution of universal coverage in the state. According to Seltzer, the Massachusetts bill has had the intended impact of universal insurance coverage, with 98.5 percent of adults and more than 99 percent of children now having access to insurance.1 But Seltzer says Partners HealthCare (the non-profit health system that owns BWH, Massachusetts General Hospital, their respective physician organizations, and local community hospitals) had already provided free care to uninsured citizens for years.

As a result, Seltzer says that the universal insurance coverage mandate had generally small but positive effects for BWH’s radiology department, leading to slight increases in volume and modest increases in revenue. “Having health insurance eliminates barriers for patients seeking medical care,” Seltzer explains. “So, there’s some additional procedure volume and revenue that accompanies a universal health insurance system, and that’s good for radiologists in the current fee-for-service system.”

Nonetheless, by late 2011/early 2012, state legislators grew worried about these rising costs of providing universal coverage and decided to tackle payment reform. After the federal Affordable Care Act passed, Massachusetts state legislators decided they wanted to get out ahead of the federal government with payment reform. In 2012, they passed a state law to implement a series of price controls in the health industry. The law set a growth target for total medical spending in the state, which was set as the lower of the state’s medical inflation rate or the consumer price index change. According to Seltzer, the state legislature also appointed a health policy commission to oversee these controls and manage the growth of the largest integrated care delivery systems in the state.

But how did these actions affect radiologists? Seltzer says that the price control and risk sharing arrangements had the potential to have substantial negative economic impact on radiology, and the initiatives also initially increased anxiety about more government regulation and intrusion on health systems. “If the total medical spending in the state exceeded this target,” says Seltzer, “the state could step in and begin to regulate the rates paid to providers.” According to Seltzer, this was a huge deal. “We went from a slightly regulated health system with some government oversight to the potential for lots of government oversight.”

Payment reform has been slow getting started, primarily because it has been somewhat cumbersome for the state to track overall health care spending. “It is complex enough that the state effort at direct regulation has not really materialized yet,” says Seltzer. He also emphasizes the fact that even though these regulations have been in place since 2012, the state has not been particularly aggressive in pursuing reforms during a time of economic recession and overall lower medical spending. Yet Seltzer says that radiologists shouldn’t sit back and wait to see if reforms lead to shared savings; it’s time to step up and ensure the whole medical community sees the value of radiology to diagnose and treat, as well as the specialty’s efforts to manage utilization.

But there’s another chapter to this story. In 2010, the federal government encouraged large, integrated health delivery systems to sign up to become ACOs under Medicare in order to regulate health care costs and provide quality care to a particular patient population, eventually tying this process to reimbursement. According to CMS, an ACO is “an organization of health care providers that agrees to be accountable for the quality, cost, and overall care of Medicare beneficiaries who are enrolled in the traditional fee-for-service program who are assigned to it.”2

The leaders of Partners HealthCare decided to become a pioneer ACO in 2012, which meant agreeing on a total spending target for the 75,000 Medicare patients with primary care doctors in the Partners HealthCare community. “If the entire health system spent less than the agreed-upon target for the patient population, we’d share in the savings 50-50; but if we overspent, the system would owe money back to CMS,” says Seltzer, who adds that most ACOs operate under a similar formula. 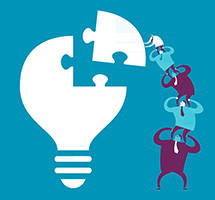 When Partners leaders made the decision to join the ACO, radiologists didn’t have much say in the matter. Fortunately, Seltzer says that BWH radiology was already using tools to manage utilization and costs for the organization’s patient population, which made the chances of shared rewards more promising. For instance, the department uses care coordinator teams and clinical decision support systems to ensure that all radiology studies ordered are necessary. During the first CMS audits of the ACO in 2013 and 2014, which looked at what was being spent on the Medicare cohort of Partners, many radiologists feared the impact on their daily practice would be “draconian and intrusive,” says Seltzer. Generally, though, settlements with CMS and concomitant financial consequences for hitting or missing the spending target ended up being quite modest. “We almost exactly hit our targets for medical spending in both years. In year one, a little money came back to Partners due to shared savings, and in year two, we owed a little money to CMS. Fortunately, the Partners health system at a corporate level covered the economic consequences, so radiologists had almost no direct economic exposure.”

However, Seltzer says it’s too soon to tell if results will continue to be as modest for the specialty in the future. “Many people think that entering into shared economic risk programs is a slippery slope leading inexorably to the full delegation of economic risk to providers. By extension, hospitals and physicians would eventually be paid a fixed amount to take care of a population. This more aggressive approach of passing risk to providers would have an extremely powerful financial impact, if we get to that point.” Ensuring that radiologists have a say in the process of determining the value of the specialty, and how much the department should be paid in a fixed amount, is absolutely crucial, says Seltzer.

To prepare for the future, Seltzer says radiologists should remain active in their health system and try to get a seat at the table where decisions are made, while also demonstrating their overall value in line with the ACR’s Imaging 3.0™ campaign. “Our interests are closely aligned with other hospital-based specialties like pathologists and oncologists. Try to develop alliances with other similar specialists,” he says.

Additionally, Seltzer suggests joining the hospital committee that oversees the ACO partnership. While the name can vary between health systems, he says radiologists should look for committees called “Managed Care Contracting Committee,” “Managed Care Oversight Committee,” or “Risk Contracts Funds Flow Committee.” Seltzer says that radiologists need to convey to other members in the health system that the specialty provides value beyond diagnostics and imaging. “Our consultative services, decision support systems, and population management programs provide real value, but don’t have traditional CPT codes. We’ll have to configure a way to value those services if ACOs begin to pay a set fee for a population.”

Finally, all hospitals have general governance and decision-making structures that involve physicians, and the specialty needs to be present and vocal in those bodies. “Radiologists are deserving of representation in the discussions about funds and splitting up revenue in exactly the same way as other practitioners are,” Seltzer emphasizes. “Radiologists have to be there in equal numbers and equal political force.”