A Maine-based accountable care organization ensures quality, lowers costs.
Get a PDF version of this Case Study
Download
Fear of the unknown: It’s a phenomenon we all experience. This trepidation is well exemplified by health professionals approaching the uncharted waters of accountable care organizations (ACOs). When the U.S. Department of Health and Human Services proposed the establishment of ACOs under the Patient Protection and Affordable Care Act of 2010, U.S. radiologists and other specialists wondered what these mysterious “groups of doctors, hospitals, and other health care providers, who come together voluntarily to give coordinated high quality care to their Medicare patients” would mean for their practices and patients.1 Nonetheless, this fear didn’t slow ACO growth; as of the third quarter of 2013, nearly 500 ACOs had been formed across the country.2

In light of the shifting health care paradigm, the ACR’s Imaging 3.0™ campaign encourages radiologists to take an active role in shaping their future. For one Maine ACO, the model has improved quality, reduced costs, and demonstrated the sort of active participation in the changing health care landscape prioritized by Imaging 3.0. 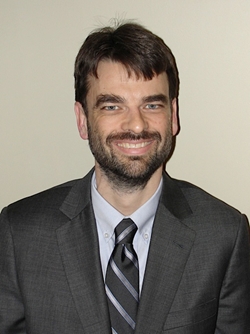 Radiologists can look to one ACO in Maine for guidance when it comes to the evolution of health care and payment models. According to Seth M. Hardy, MD, a radiologist at MaineGeneral Medical Center in Augusta, Maine, the ACO is a collaboration between MaineGeneral Medical Center and the State of Maine Employee Health Commission, a group that manages health benefits for state employees — everyone from road and labor workers to people who work in the state house. This cohort is self-insured and served by a third-party administrator (meaning there’s no major insurance company involved).

The MaineGeneral/State of Maine Employee Health Commission ACO also works closely with the Maine Health Management Coalition (http://www.mehmc.org). The non-profit coalition was formed in 1993 to measure and report health care value in order to help its more than 60 members — ranging from public and private employers, physician organizations, hospitals, and health plans — make informed health decisions based on benchmarked utilization rates and clinical conditions.

The coalition is an unbiased partner with the ability to provide cost, utilization, and quality information to Maine’s two major ACO partners. “We’re happy to work both with MaineGeneral and the employee health commission to understand what’s going on and why,” says Mike DeLorenzo, PhD, the coalition’s director of health analytics. “We’re not providers taking risks for shared savings. We’re not an employer on the other side of the contract. We’re not a health plan. We’re truly a neutral third party reporting on the facts based on complete data, agreed upon methodology, and flexible analytics.”

Hardy says that the ACO has benefited both from its relationship with the coalition and from a rare lack of CMS involvement — because it began prior to the CMS seed project. According to him, nearly all ACOs are affiliated with Medicaid or Medicare; however, the Maine ACO evaluated taking this route and ultimately decided against it. Hardy believes his ACO’s independence from CMS has been valuable: “It allows us to be flexible and to adapt without a lot of red tape.”


Radiology’s Seat at the Table

The ACO was formed approximately three years ago, primarily to manage quality. Initially, there were monthly meetings, but now, Hardy says the group, which includes stakeholders from the hospital and commission, is on autopilot: “We meet every two or three months. We look at some quality and cost metrics and make sure we’re hitting target goals.”

Just because the ACO appears to operate on autopilot, however, that doesn’t mean Hardy’s participation is less imperative. He emphasizes that being active in the ACO has advanced the radiology department’s goals. Hardy says 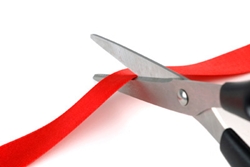 his presence affected one important quality metric: mammography screening. “A lot of people are claiming we shouldn’t be doing screening — that it’s not valuable,” he explains. Hardy’s ACO involvement has ensured that the hospital continues to measure the percentage of women over 40 receiving annual mammograms. As a result, the ACO can take necessary action — whether it’s sending out reminders, using marketing to target the female population over 40, or even directly communicating with primary care physicians. “I think being involved is absolutely the best way to protect your patients and their access to the services we provide,” Hardy explains.

In addition to looking at quality metrics, the ACO has also been heavily involved in cost-saving measures. The Maine Health Management Coalition has been essential to this process — both because of its specialty in data analytics and its establishment of a health claims database for all of Maine. This state-wide repository contains information from such payers as Anthem, Cigna, Aetna, and all others in the state.

According to Hardy, managing data has been the biggest challenge thus far. “For a while, we were blindly making changes in our ACO,” Hardy explains. “We were making projections for the next fiscal year without having any data from the previous fiscal year. That’s obviously very risky.” DeLorenzo and the coalition have helped by providing cost data per member, per month as well as other analytics and reports. As a result, “we’re getting the data a lot faster now, and that allows us to be more nimble and to quickly make well-informed decisions,” says Hardy. The ways in which the ACO’s objectives are now being met are impressive and diverse: data-fueled activities range from opening several urgent care centers to reduce emergency department volume and costs to adding care managers who work with identified high cost patients.

“Participating in an ACO has been a learning process,” says Hardy. “There is a lot of skepticism or fear of change in the radiology community. I understand where that comes from, but the new payment models don’t necessarily have to be a bad thing for the future of radiology. Times are changing, and whether the ACO model is the right answer or not, it’s happening.”