Greensboro Radiology has developed a regional imaging strategy around advanced IT solutions. 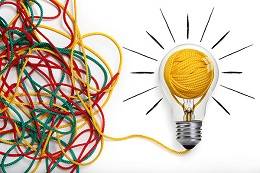 When reimbursement cuts began about a decade ago, Greensboro Radiology, a private practice in Greensboro, North Carolina, knew that health care was evolving. The practice’s leaders recognized that to survive in the emerging era of value-based care, they’d have to evolve, too. To position itself as a leader in the changing paradigm, Greensboro Radiology began instituting a regional imaging strategy focused on delivering innovative IT solutions that would benefit both the practice and the health systems it serves. As a result, Greensboro has earned a reputation as a committed partner in care and has secured contracts with two accountable care organizations (ACOs).

Established in 1998 when two existing radiology practices merged with a total of about 25 radiologists, Greensboro Radiology has grown to include more than 60 radiologists who serve four hospital systems, two ACOs, and more than 50 outpatient facilities within the Greensboro area. The group has also formed a spin-off management services company called Canopy Partners. Worth Saunders, MHA, FRBMA, Greensboro Radiology’s CEO, attributes the group’s growth to calculated risks that have delivered added value to the health care enterprise. “For the past 10 years, practice leaders have been very progressive and very visionary, pushing the group to try new things and to make long-term investments, particularly in technology,” says Saunders. “This overarching imaging strategy has been the foundation for the group’s success.”

Initiating the strategy took years. Greensboro Radiology began by encouraging its radiologists to attend tumor boards, conferences, and committee meetings, where they could interact directly with referring clinicians and hospital administrators. “Our radiologists have developed credibility by being outside of the reading room and engaging in the clinical decision-making process rather than just producing reports,” Saunders explains. “You’ve got to go above and beyond to show that you’re a true partner, and not just a radiology vendor.”

Once it gained the trust of referring providers and hospital administrators, the group launched the next phase of its imaging strategy: delivering advanced IT solutions, including voice recognition services and a comprehensive PACS regional imaging timeline (an archive of imaging studies from disparate health systems), and working with its health system partners to integrate the solutions for improved patient care.

Greensboro Radiology began dabbling in advanced IT solutions in 2007, with the emergence of voice recognition software. “We saw it as an opportunity to define voice recognition the way we wanted, rather than having all of the hospitals hand us different voice recognition systems,” says Eric A. Mansell, MD, PhD, president of Greensboro Radiology and its affiliated IT company, Canopy Partners. The practice purchased software and licenses from a voice recognition company and began approaching its health system partners about managing their imaging voice recognition systems at a per-report fee. “We knew it had to be a win-win, so we ran the numbers to show the hospitals that it would be cheaper for them to contract with us, rather than their existing models of using in-house or out-sourced transcriptionists,” Mansell explains. “The other added benefit was that the turnaround times for reports would be almost immediate because all the radiologists would be self-editing.”

One of the first hospital systems Greensboro approached was Cone Health, which had just installed another voice recognition system that wasn’t meeting its expectations. Purchasing IT solutions from a radiology group was radical at the time, but Cone Health signed the deal with Greensboro Radiology following months of negotiations. “Greensboro brought three key components to the table that convinced us to give them a chance,” says Steven C. Shanaberger, Cone Health’s executive director of imaging services. “They owned the process, offered better daily operational management than a traditional vendor, and were highly accountable, with skin in the game.” Just 30 days into the venture, Cone Health’s administrators knew they had made the right decision when turnaround times and the quality of the reports noticeably improved, Shanaberger says. 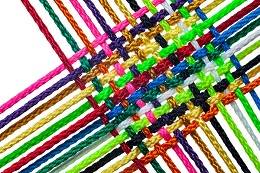 As it gained confidence in delivering quality voice recognition, Greensboro Radiology incrementally expanded its service to all of its hospital partners. “We did it with our main system first; then we went to the next hospital and said, ‘It’s working great at this hospital, let us show you this business model,’” Mansell recalls. In addition to providing voice recognition, the system stores all of the imaging reports that Greensboro Radiology produces. The practice regularly mines the database for clinical information, performance statistics, utilization trends, and other valuable data that its hospital partners use to improve patient care. “Greensboro Radiology’s IT division offers us information, such as occurrence rate of pneumothorax post lung biopsy, which helps us identify quality-improvement opportunities,” Shanaberger says. “We can’t get that data anywhere else, so it’s a huge value that the group provides.”

As its voice recognition service took off, Greensboro Radiology began working on other IT innovations, including a comprehensive PACS regional imaging timeline. The practice hired expert developers to build an integration solution that would aggregate imaging studies from disparate health systems into a single off-the-shelf PACS, without requiring significant effort from integrating partners. “We developed the PACS timeline so we could access all of a patient’s historical imaging from disparate facilities in one place, allowing us to easily compare studies to determine whether a disease process has remained stable or gotten better or worse over time,” Mansell explains. “Such comparisons also help us more definitively diagnose an abnormality, reducing the need for follow-up imaging and enhancing patient safety.”

Once the developers built the integration solution, Greensboro Radiology began approaching its affiliated hospitals and health systems about joining the timeline. Some institutions fully adopted the timeline as their permanent PACS imaging archive, while others purchased an overlay version, giving Greensboro access to their imaging studies without permanently archiving them. Cone Health invested in a full integration after seeing the success of Greensboro’s voice recognition service and after learning about the timeline’s benefits, Shanaberger says.

“The radiologists demonstrated and articulated the value of their owning the PACS process, including more conclusive diagnoses and closer collaboration with referring clinicians,” he says. Referring clinicians particularly appreciate that the timeline allows them to view historical imaging studies, as well. Internist Bruce H. Swords, MD, PhD, Cone Health’s chief medical officer, explains that having access to previous imaging studies ensures that he doesn’t order repeat imaging, “which improves the value proposition for patients, because they undergo fewer unnecessary tests and are exposed to less radiation.”

Before the timeline, Greensboro’s radiologists and referring physicians had no way to immediately access patients’ historical imaging studies from unrelated health systems. With the solution, they can directly access patients’ entire imaging histories, making it easier to compare imaging studies and reducing duplicate imaging. The process aligns with HIPAA requirements for accessing patient information.

For example, in 2014, a neurologist ordered a brain MRI to determine whether prescribed treatment was helping an elderly patient with central nervous system lymphoma. The scan showed no abnormal enhancement, only a subtle white matter abnormality, but the interpreting neuroradiologist, Chuck Clark, MD, needed to compare the new study to the previous one to verify the treatment’s impact. Without the timeline, Clark would have asked the hospital that performed the original study to send him the images on a CD, a process that would have delayed patient care. But with the timeline, Clark retrieved the patient’s prior study with just a few clicks. “With the original MRI immediately available, Dr. Clark quickly offered a definitive description and meaningful assessment of the patient’s response to therapy, providing greater value to both the referring physician and the patient,” Mansell says. 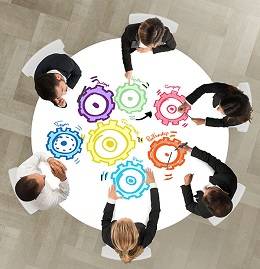 In 2011, as it slowly integrated all of its partners into its PACS timeline, Greensboro Radiology realized that it had developed a significant amount of expertise beyond radiology. To better leverage that expertise, Greensboro established a management services company, Canopy Partners, and transferred all of its non-physician employees, about 65 billers, financial managers, credential experts, and IT specialists, to the company.

“We saw an opportunity where a company with these kinds of skills could grow its business,” Mansell says. “But we didn’t want the radiology group to micromanage the business, so we formed a standalone company with an independent management structure and challenged it to develop outside sources of revenue.” The move allowed Greensboro Radiology to conduct more accurate cost accounting and gave Canopy Partners more flexibility to expand the group’s IT offerings. Since then, Canopy Partners has become a successful integrated solutions company, with a staff of nearly 170 and $17 million in revenue this year.

Additionally, Greensboro Radiology’s approach has earned it two ACO contracts. The group became a founding member of the physician-led Triad HealthCare Network in 2011, and in 2013, it won a contract with Cornerstone Health Care through a request-for-proposals process. Since then, Greensboro has received a portion of the annual shared cost savings realized by Triad, while Cornerstone pays the group on a contract basis.

Thomas Wall, MD, chief clinical officer of Triad HealthCare Network, says that Greensboro’s PACS timeline and other advanced solutions have made it a leader in the ACO. “Greensboro Radiology is already doing what we want all of our physicians to do, and that is to be connected electronically and to make resources available so that we make better, safer, and more financially sound decisions at the point of care,” Wall says. And the results are real. Cornerstone Health Care has reported that its advanced imaging utilization has decreased by 9 percent during the past year and a half thanks to Greensboro’s PACS timeline and other solutions.

Now Greensboro is working with its hospitals and ACO partners to implement other progressive solutions, including clinical decision support systems and lung cancer screening programs. “As radiologists, we’re adding value by proactively bringing solutions to our imaging partners rather than these organizations having to come to us or to implement these solutions on their own,” Mansell says. “The idea is that if we bring unmatched value and service to the region, then we should be fairly secure going forward.” Greensboro’s proactive approach and willingness to partner have made it an integral member of the health care team. “Our relationship with Greensboro Radiology, and the group’s proven success and commitment to quality means that the radiologists will be an influential part of the discussion about how we establish future imaging solutions,” Shanaberger says. “Their insight is key to our combined success.”