Despite its small size, one radiology group is embracing technology as a means to thrive.

Watch the related video »
Listen to the accompanying webinar» 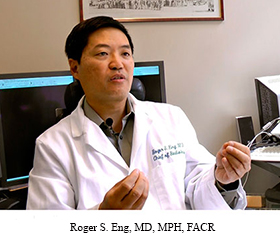 While most radiology practices were completely digital by the year 2000, Chinese Hospital’s radiology department in San Francisco still operated like a small-town clinic. The practice had neither a PACS nor a RIS. Instead, all of its appointments were written on desktop calendars, its records were printed and filed in jackets, and its films were stored in 27 different locations throughout Chinatown. On top of that, the department was over capacity. Patients waited months for ultrasounds and hours for walk-in X-rays — and no one was happy.

When the newly formed Golden Gate Radiology contracted with Chinese Hospital in 2007, the group advanced efforts to improve the department’s workflow and quality of care by implementing a cloud-based PACS and RIS, making it one of the first radiology practices in the area to have a cloud-based system. Cloud computing uses networks to share unlimited data over the Internet, making it accessible to users from any location and at any time. In the case of Golden Gate, the system allows the practice’s radiologists to access their schedules and records from any location, while also allowing referring physicians to access reports and images from their own offices.

Since installing its cloud-based system, Golden Gate has further advanced its IT efforts by meeting the requirements for Meaningful Use Stage 1. These improvements are part of the practice’s commitment to embracing the changes associated with health care reform, says Golden Gate president Roger S. Eng, MD, MPH, FACR. The group’s approach shows that even the smallest radiology practices can successfully leverage technology to thrive in the new value-based paradigm — as outlined in the ACR’s Imaging 3.0TM initiative. “Technology is not something to be feared,” Eng says. “In fact, it may save small groups by making them more efficient and patient centered.”

Moving to The Cloud

Golden Gate Radiology employs just two full-time and three part-time radiologists, and is based in Chinese Hospital, the only independent hospital in San Francisco. Chinese Hospital opened in 1899 to serve the city’s Chinese residents. Today, more than 90 percent of the hospital’s patients are Chinese, and a majority of its patients are indigent, says Linda Schumacher, the hospital’s chief operating officer. The hospital currently has 54 beds but is constructing a new facility that will have 54 acute-care and 23 skilled-nursing beds, as well as the hospital’s first in-house MRI.

As a hospital-based practice, Golden Gate Radiology had to work with its partner to integrate new technology. So when the practice decided to go “paperless” by installing a cloud-based PACS and RIS in the mid-2000s, practice leaders met with hospital administrators to discuss the benefits of the system, which include the ability to increase imaging modality capacity, perform reads anywhere, implement digital file storage, and leverage integrated voice recognition. “You need to have that dialog to ensure that you have the right equipment and that it meshes with the hospital’s strategic goals,” Eng says.

With administrators’ approval, Golden Gate’s radiologists worked with the hospital’s IT staff and helped them calibrate the system by explaining how it would improve the practice’s clinical workflow. The radiologists also stayed in contact with hospital leaders throughout the installation to ensure the system would work without causing problems down the line. “It’s a change in culture when you adopt this technology; you cannot simply continue to use the old paper-and-film based workflow,” Eng explains. “We had many discussions with hospital administrators, doctors, and staff about the new workflow, and those discussions have continued well past the time that the system went live to ensure the workflow remains effective.”

The Benefits of Digital

Once the system was up and running, Golden Gate’s efficiency improved significantly, and patients no longer had to wait long periods for their exams. “Moving from a paper-and-film workflow to digital increased our capacity more than 50 to 100 percent and decreased wait times to almost nothing,” Eng says. The system also allowed the practice’s radiologists to review their schedules and records from their new outpatient centers and other locations. “I can access the entire enterprise from my home, if I want, to monitor the workflow or do administrative work,” Eng explains. “That increases efficiency and makes it easier to coordinate the department.” 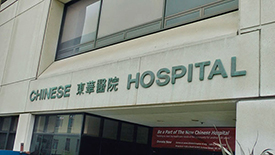 In addition to making the radiologists’ lives easier, the cloud-based system gave referring physicians the ability to access their patients’ radiology reports and images digitally for the first time. Seck L. Chan, MD, urological surgeon at Golden Gate Urology, who has worked with Golden Gate Radiology for more than a decade, says that the system has streamlined the flow of communication between referring physicians and radiologists. “The other extremely useful benefit is that I can now review images with patients,” Chan says. “When they see the images, it’s much easier for them to understand the problem, and it’s much easier for me to explain to them what I need to do to help them.”

Golden Gate’s radiologists have also used the system to provide onsite consultations to referring physicians and review images directly with patients, in some instances. But Eng says that the practice hasn’t yet fully leveraged the technology to provide those types of consultations on a regular basis. “We do consults with referring physicians away from our workstations in other parts of the hospital, like the ER or ICU, which is perhaps a baby step toward more point-of-service imaging,” says Eng.

As Golden Gate reaped the initial benefits of its digital workflow, Eng began researching the requirements for Meaningful Use Stage 1.1 He called other practices, vendors, and the ACR to learn how radiology fit into the initiative. “It’s not something easy that’s just all laid out for us, because it wasn’t designed for radiologists,” Eng says. “That said, you don’t need to hire an expert to do it. The groups that leverage IT to its maximum potential are not typically the ones who outsource it to consultants or RIS and PACS vendors, but are instead those who roll up their sleeves and take an active role in the process.”

Eng and his team partnered with their vendors and Chinese Hospital’s IT staff to configure the practice’s system to meet the Meaningful Use Stage 1 requirements. However, the practice’s RIS was not designed to meet the full Meaningful Use criteria. The team solved this by placing a cloud-based EHR on a laptop that sits next to the practice’s RIS and PACS workstation, where radiologists can enter patient information into both systems. “Our RIS is only modular certified, so we needed the cloud-based EHR to make a complete Meaningful Use-certified solution,” Eng explains. “This is less than ideal from a practical standpoint, because our workflow and patient care on the cloud-based EHR is completely independent from the RIS and PACS, so data entry is redundant.” 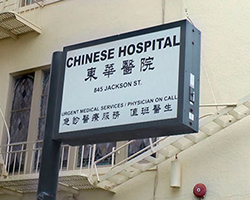 While the cloud-based EHR system meets the Office of the National Coordinator for Health Information Technology’s relaxed standards for Meaningful Use in 2014, it will not meet the Meaningful Use Stage 2 standards in 2015. Golden Gate is working to upgrade to a fully certified RIS by January 1 to meet the more aggressive standards, which include giving patients access to both their imaging reports and their images. Once the new RIS is in place, the EHR will no longer be necessary, Eng says. “If all goes well with upgrading our RIS, we would put the existing cloud-based EHR on hiatus; it would still be around because we’d still have legacy information on the patients, but we wouldn’t actively use it,” he notes.

In addition to helping radiologists provide better patient care, Golden Gate Radiology’s technology upgrades have helped Chinese Hospital remain competitive in a city with many health care options. “It shows that even though we’re a small system, we are providing the same level of care that people can receive from other facilities,” Schumacher says. “And it shows that we have the same sorts of services and the same type of ability to provide all of the little things, including personalized care and effective communication, that go along with an IT-driven organization.”

While Golden Gate’s shift from a paper-based to a paperless workflow has significantly improved its operations, it isn’t stopping there. Eng says that the practice will continue to embrace new digital systems that lead to better patient care. “With the help of our IT vendor partners, we can de-commoditize imaging through the development of advanced Imaging 3.0 tools that increase communication with both referring physicians and patients,” he says. “Our practice is committed to engaging in that process.”