Wisconsin radiologists team up with other specialists to demonstrate the benefits of point-of-service decision-support technologies. 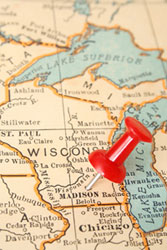 Medical practitioners don’t always agree with the rules imposed on them by government agencies. So, when Wisconsin’s Department of Health Services (DHS) mandated that such imaging services as CT, MRI, and PET be preauthorized by a radiology benefit management (RBM) company, radiologists and other stakeholders decided to inform DHS of the decision-support technologies already in place to ensure appropriate imaging. These computer-based clinical tools rely on a set of criteria, such as the ACR Appropriateness Criteria®, to demonstrate whether a particular test or therapy is right for a particular patient. (ACR Select™ is the College’s decision-support product. Visit www.acrselect.org  to learn more.)

By partnering with the Wisconsin Medical Society and DHS, Wisconsin radiologists successfully influenced the creation of the ForwardHealth Alternative Pathway prior authorization exemption for CT and MRI. In doing so, participants perfectly exemplified the mission of ACR’s Imaging 3.0™ initiative by using a collaborative approach and capitalizing on advanced decisionsupport tools to implement a more cost-effective, streamlined system of care.

About three years ago, when the DHS announced the preauthorization requirement which requires all medical providers using state medical assistance programs (Medicaid, Badgercare, and Badgercare Plus) to get imaging orders pre-approved by an outside RBM, many local physicians were frustrated. “There was some concern over having one more set of rules, one more process, in a clinician’s busy day,” explains Tim Bartholow, MD, family practitioner and chief medical officer of the Wisconsin Medical Society. Despite these concerns, Bartholow says that most physicians agree with DHS that the variation in imaging orders — meaning the fact that given the same scenario, physicians may order different radiologic images or therapies for the same clinical scenario — needs to be managed. In doing so, physicians and DHS both hope that only the appropriate and necessary radiologic images are ordered.

But the major rationale behind the state’s program was also financial. “The state and its Medicaid agency were both running a big deficit,” says Gregg A. Bogost, MD, FACR, president of Madison Radiologists in Madison, Wis. Bogost elaborates that before the RBM preauthorization deal, “DHS put out a call to see if any stakeholders, including the Wisconsin Radiological Society, had a cost saver. At the time, we presented decision support and tried to follow up with some meetings with the leadership of the state Medicaid agency.” Unfortunately, one of their meetings was canceled, and then the new partnership with the RBM was announced. “We never even had a chance to discuss our idea,” says Bogost. “We were really kind of disappointed with the governmental process.”

Bogost and other radiologists were also warned about the downside of RBM systems by other clinician users. “We heard it could be difficult for providers to get studies approved,” he explains. “That put us into high gear. We wanted to figure out how this all happened. We wanted to do something.”

The first step, according to Bogost, was simply talking to others around the state about the requirement. Spreading the word about the new policy led to many partnerships with local health systems, as well as a vital connection with the Wisconsin Medical Society. “When we expressed our concerns to Dr. Bartholow,” says Bogost, “he agreed, saying primary-care providers aren’t going to be happy with the delay of waiting for an RBM, of having a patient in the waiting room and having to tell them hours, or even days, later that their imaging test was not approved.”

Bartholow adds that the RBM requirement set up an automatic frustration between insurer, patient, and doctor because of the delay in approving imaging orders, which could lead to longer patient wait times or last-minute changes in care. “Institutions that had decision-support in place were excited about the possibility to not have to deal with an RBM, so they came to the table with us,” he says. “It became a collaborative effort between multi-disciplines and different clinicians, who all came together with the state radiological and state medical society.” Indeed for those health systems or practices with electronic decision-support tools, the RBM preauthorization process appeared redundant. “What DHS was asking is that we call an RBM who has the same guidelines as site-of-care decision support tools, replicating the imaging-order approval process again,” says Bartholow. Because of the obvious duplication in processes, and the resulting waste, it wasn’t difficult to gain support from the Wisconsin medical community and, ultimately, DHS.

Sitting Down With DHS 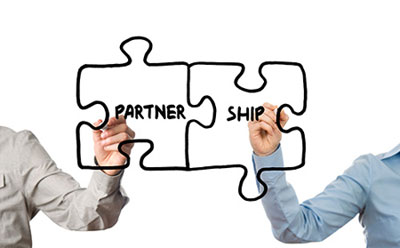 Once Bogost realized that there was significant support among all of the stakeholders for an exemption from the RBM imaging approval rules, he and other physicians, including Bartholow, initiated conversations with Medicaid. “We spoke to the DHS medical director, and she agreed that the argument for using in-house decision support tools made a lot of sense, and it would be wasteful to go through this evaluation by guideline twice.” After that conversation, the medical director brought in other DHS leaders and formed a working group, which then met every month or two over a year and a half period to help find a solution. “It seemed to me that DHS was open to the exemption because they didn’t necessarily want duplicative processes and just weren’t originally aware that decision-support technologies were prevalent in some Wisconsin health centers,” says Bogost.

Even with support from the DHS leadership for an alternate pathway, complications remained. “A new administration came in [at Medicaid],” says Bogost. Luckily, “it just happened that the appointees were highly progressive and open-minded to the concept.”

The next challenge, according to Bogost, was technical. In order to successfully implement an alternate pathway, “Medicaid would have to create a whole separate, electronic pathway for institutions to get them information in a way that was structured to save money and give appropriate care,” he says. Fortunately, DHS was on their side, a partner also supporting the need for an RBM exemption.

Ultimately, on May 1, 2013, Wisconsin DHS rolled out the ForwardHealth exemption for decision-support technologies, including ACR Select. DHS works with applying health systems to evaluate their tools and get them approved. Ultimately, only CT and MR were approved for exemption because of their more widespread use. (DHS is hopeful that PET will be approved for exemption in the future, when it is more widely available in Wisconsin.) Applying for the program requires filling out and submitting a request form, which DHS then reviews. If approved, health systems also have to meet certain reporting standards and aggregate outcomes in order to maintain their exemption from the RBM requirement.

Bogost touts the benefits of using decision-support tools. “With decision support, approvals are all done while the patient is right there, before they leave,” he says. “The other big advantage is that some decision support tools, like ACR Select, are based on the ACR Appropriateness Criteria®, which are vetted by 20+ person subspecialty working groups, experts from within and outside of radiology who meet, discuss, and use literature to revise the criteria every three years. It’s a high-quality, living document,” he says, adding that RBMs do not employ such a large and skillful team to evaluate each imaging request. In contrast, the ACR criteria are evidence-based guidelines that contribute to the most effective use of radiology by helping physicians determine the most appropriate imaging or treatment decision.

Cost-effectiveness is yet another advantage of decision support. As evidence of the tool’s cost savings, Bogost cites the Institute for Clinical Systems Improvement pilot study in Minnesota — a program where decisionsupport tools saved the state about $150 million through continued use.1 The use of decision-support technologies like ACR Select, which relies on ACR Appropriateness Criteria, make Wisconsin’s success story a terrific example of Imaging 3.0, the College’s initiative to transition away from the traditional fee-forservice model to a more qualitative consulting model by making radiologists key players in providing quality care that prioritizes appropriate use.

Bogost has several tips for others who may be prepping for an attempt to influence state policy. “First, try to get a lay of the land, including who all the players and major stakeholders are, including physician specialists, DHS employees, the local medical and radiology societies, and administrators from local hospitals,” he says. “It’s helpful to have a public advocate or lobbyist who has relationships with players at the state agency; it will help get your foot in the door.”

Bogost also can’t overstate the importance of partnership. “It’s really important to come together beyond just a radiology group or institution or state radiology society,” he says. “Have a multi-disciplinary approach that includes major medical centers, so that when your state agency looks at you, they see that you should be taken seriously.” Plus, partnering with DHS themselves was absolutely crucial to the success of this coalition.

Radiologists looking to lobby for a particular change in their state can also utilize the ACR’s Radiology Advocacy Network, which involves radiologists from across the country to ensure that radiology’s voice is heard at the local and federal levels.