Implementing a system that aggregates imaging studies from disparate institutions onto a common platform has enhanced one radiology group’s value.

Get a PDF version of this Case Study
Download
Click here  to see the related video about how the IT Business Plan works. 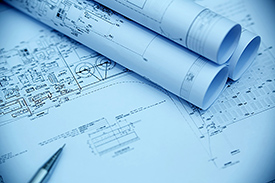 It was a typical scenario: An elderly woman presented to the emergency room of a rural Illinois hospital with severe neurological impairment. The responding physician suspected a stroke and ordered a head CT but was unable to discern the cause of the patient’s symptoms from the images. So he called Central Illinois Radiological Associates, Ltd. (CIRA), which has a contract with the hospital, and asked the on-call neuroradiologist based at OSF Saint Francis Medical Center in Peoria, Ill., to read the images remotely.

There was just one problem. Like many rural facilities, the hospital’s PACS was connected to an Internet network with limited bandwidth, making it difficult to transmit images for remote reads. After several minutes, the patient’s images still hadn’t loaded, and time was of the essence. If the ER physician was correct and the patient did, in fact, have a stroke, the medical team needed to take immediate corrective action. So the radiologist called CIRA’s administrative headquarters and asked whether he could use the practice’s new dictation and image viewing system — which it happened to have been in the process of implementing at the rural hospital — to view the images.

After confirming that the system would work, the radiologist logged into CIRA’s system and gained immediate access to the images. Reviewing the scans, Sean Meagher, MD, president of CIRA and a diagnostic neuroradiology and neurointerventional surgeon for CIRA, saw that the patient’s basilar artery — which runs along the brainstem and supplies blood to the parts of the brain that keep a person conscious and their heart beating — was occluded. “That artery is so fundamental that there is only a certain amount of time to get it opened before a patient suffers brain damage or dies,” says Meagher.

Meagher promptly relayed the findings to the ER physician, who then stabilized the patient and called OSF Saint Francis Medical Center to send a life-flight helicopter to transport the patient for emergency surgery. Coincidentally, Meagher was also the neurointerventional surgeon who removed the patient’s clot and restored blood flow through her basilar artery. The patient recovered well from the episode — a fate that would have been unlikely had the team waited the 20 minutes or more that it would have taken for the images to be transmitted through the hospital’s PACS.

“If we hadn’t put the investment into developing this image viewing and dictation system and integrating it with rural hospitals, there would have been no backup,” Meagher says. “I don’t know what would have happened. This patient may have had a delayed diagnosis because of technical factors; perhaps she could have survived, but been in a vegetative state, or she could have expired.”

One of the largest subspecialty radiology groups in the Midwest, CIRA began developing its dictation and image viewing system, known as the IT Business Plan (ITBP), in 2008. At that time, some of the group’s 70-plus radiologists were required to log into more than a dozen hospital PACS and dictation systems each day to perform remote reads. That process hindered their productivity and created quality issues, because time is often a significant factor in patient outcomes. “It’s extremely ineffective and inefficient to work in that kind of environment, particularly if you’re in the middle of something on one system and then something comes up at another hospital that’s emergent and requires your immediate attention,” Meagher says.

CIRA initially considered getting a new PACS to streamline its workflow. But as it began drafting a list of challenges it needed to resolve, the group concluded that it actually needed a separate system that could aggregate multiple studies from disparate health care institutions onto a common dictation platform, says Patrick Ward, CIRA’s chief information officer. The group worked with a vendor to obtain a dictation platform that could be tied into hospitals’ different PACS and allow its radiologists to use a single voice recognition dictation system for all studies, rather than having to access each hospital’s independent dictation system.

Although the platform aggregated the studies for dictation, inefficiencies persisted because CIRA’s radiologists still had to log into different PACS to view the images. And hospitals in rural areas still had difficulty transmitting the images through slow Internet connections. CIRA searched for a program that would distribute the images quickly and securely to the appropriate radiologists on a common viewing platform, without requiring them to log into different PACS. “We found a technology known as Visage Imaging that uses very novel accelerations for the transmission of images,” Ward says. “By using this platform, we were now able to distribute the studies, and whether the radiologist is remote to the hospital or on site, they can perform a full day’s work.” The platform can be tied directly into a facility’s scanners or its PACS.

A third issue CIRA had to resolve was that each of the hospitals it contracts with might have a different name for the same study. “One hospital will call a procedure one thing and another hospital will call that same procedure something else, and other hospitals still will subdivide that procedure into six separate procedures,” Ward explains. “We needed to normalize the data across multiple facilities so that it made sense to the radiologists.” To that end, CIRA’s information technology team designed the system to automatically format the studies to HL71 and DICOM standards. “We built the logic to make sure the information is presented in a consistent and familiar form to the radiologists,” Ward notes.

After establishing the multi-layered system, CIRA approached the radiology directors at the health care facilities it works with about adopting the system as an overlay to their existing PACS, electronic health records, and other technologies. Ward often approached the radiology directors, but other times the group’s chief financial officer or radiologists took the lead. They started by going after the “low-hanging fruit” — hospitals like the one with the stroke patient in rural Illinois that had existing system troubles.

CIRA was surprised to find that many of those facilities didn’t just want the overlay; they wanted to license the ITBP and use it as their base radiology system. “It was easy to go into those places, because we were fixing their problems — whether it was problems with vendors, problems with routing images, or deficiencies in the workflow,” Ward says. “We provide the technology and all the hospital really has to do is give us the standards based interfaces: DICOM and HL7.” To license the system, CIRA charges a fee of $3 to $4 per report, depending on how often radiologists use traditional dictation over the program’s voice recognition software to generate their reports. Ward says it is a cost-based fee and is not designed to be profitable.

Once CIRA had those facilities on board, it began approaching other hospitals and clinics about the overlay. During those interactions, CIRA has demonstrated the system’s advantages — including reduced turnaround times for radiology reports. Ward says that even institutions with good existing technology have seen turnaround times for reports decrease from as much as 35 hours to five minutes. “When a hospital asks how it will benefit from the system, we tell them that their turnaround times are going to go down to virtually instantaneous, because now our radiologists don’t have to wait for slow image transmissions, and they no longer have to log in and out of different hospitals’ PACS and dictation systems,” he explains. “That allows the hospitals to provide a better service to patients.”

CIRA has also touted the system’s role-based authentication features, which prohibit facilities from seeing each other’s data through the system. Such features ensure the system is HIPAA compliant and that institutions’ intellectual property is secure. “We understand that we are a private practice radiology group sitting between competing entities, so we have made sure that our system protects each group’s individual interests,” Ward says, adding that CIRA has even reached out to health care security experts to confirm that its system complies with the law. So far, CIRA has signed up 21 of the 38 health care facilities it works with for the system integration, and it is in the process of adding more.

The stroke patient is just one example that highlights the effect the system has had on CIRA’s quality of care. Other radiologists have also used CIRA’s system to access the images in time to save a patient’s life. “This teleradiology technology allows us to get the data to the appropriate subspecialist in the appropriate amount of time to have positive outcomes,” says Ward.

While improving its quality of patient care has been the most important benefit of the system, CIRA has also realized a financial benefit because the old system often prohibited its radiologists from performing full workloads. “We had radiologists who were able to perform only a fraction of that workload because of the inefficiencies in the system — and that was costing us money,” Ward says. The new system allows radiologists stationed at sites with small caseloads to work remotely to help improve patient care at other sites with larger caseloads. “If I can move work to somebody who has capacity, then I don’t have to hire another radiologist to physically be at a site all the time,” says Meagher. “That improves our financial bottom line, and it keeps the radiologists engaged.”

Radiology practices that want to implement a system like CIRA’s should: