The College’s latest survey included a deep dive into members’ perceptions of machine learning — and how it will affect their practices.
Jump to Article
Tags
Share RecommendThanks for recommending this page!

A majority of both members and non-members believe that AI will be extremely or very prevalent in the future practice of radiology.

The ACR is committed to empowering its members to advance the practice, science, and professions of radiologic care. The College works to equip members with the tools they need to succeed — while actively promoting and advocating for the profession before Congress, federal and state regulatory agencies, and state legislatures.

In addition, the College delivers many benefits to empower radiologists and the patients they serve. Understanding how members — and non-members — view the ACR and the benefits of membership is critical to helping the College fulfill its commitments to members.

The College recently conducted the ACR Membership Tracker — a quantitative survey of members and non-members from a sample of radiologists to gain a better understanding of their views on emerging trends affecting the profession, such as AI. A total of 1,738 interviews were completed, of which 1,343 were members, 376 were non-members, and 19 were state chapter members 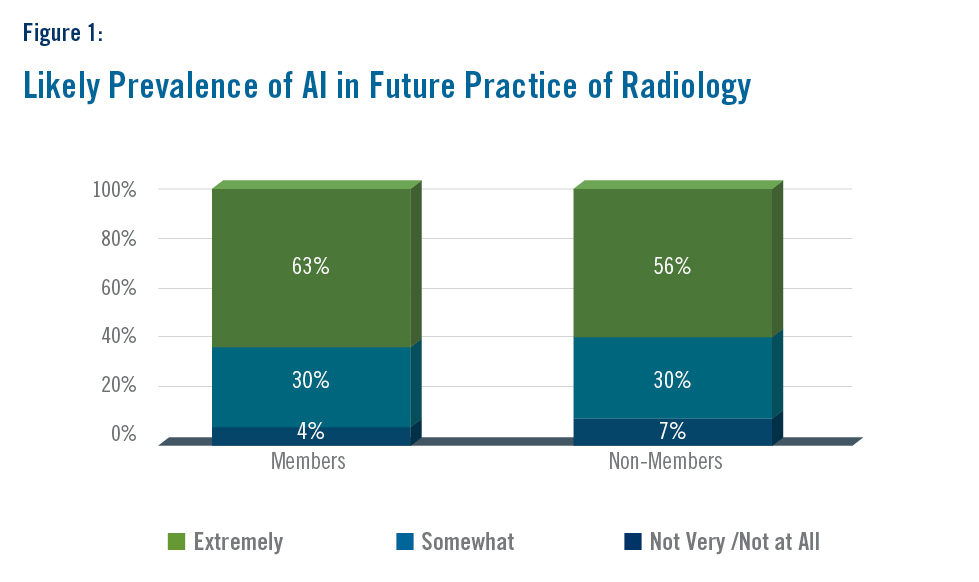 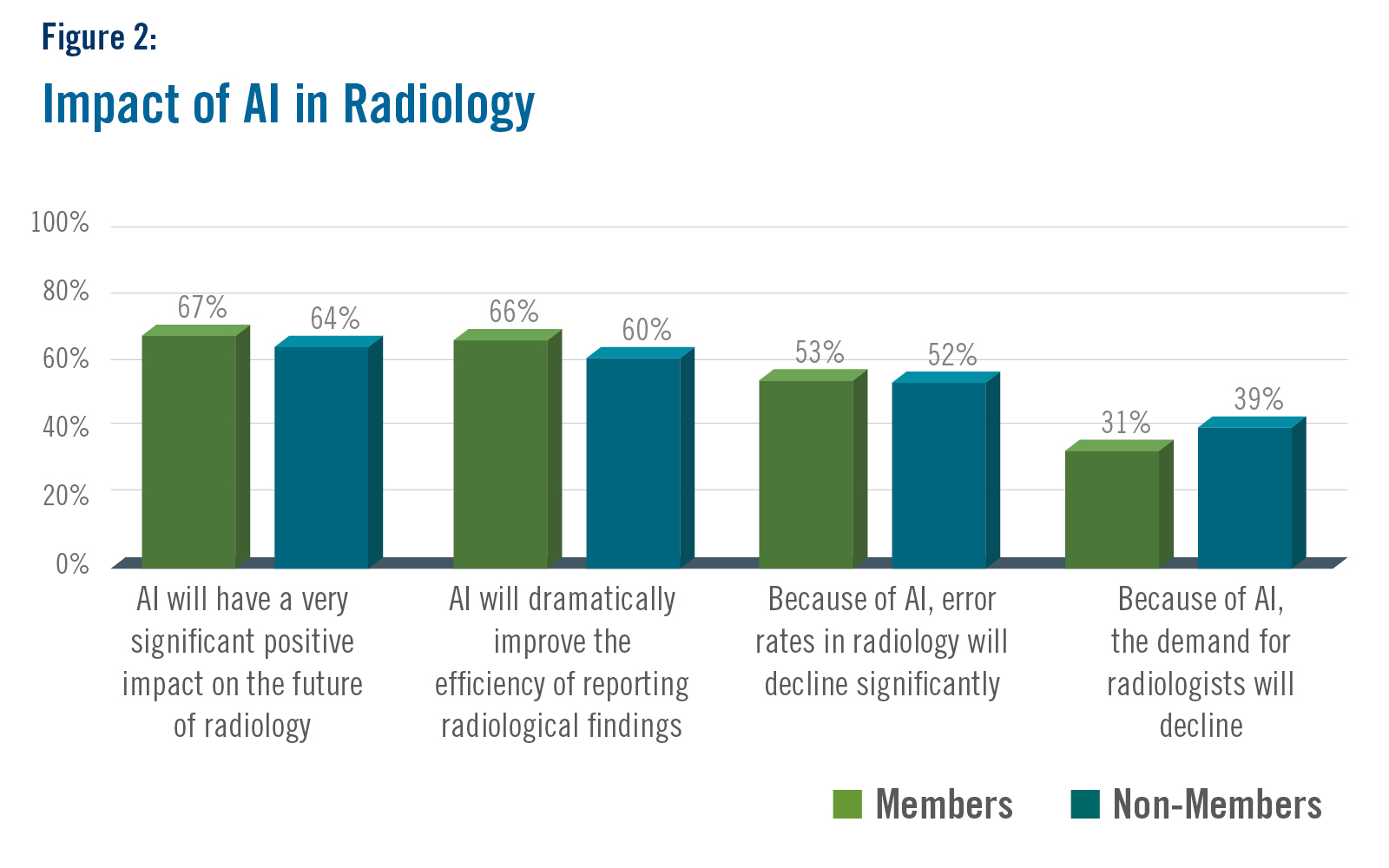 The ACR, through regular messaging and the work of the Data Science Institute™, has been working to dispel some fears members have that AI will significantly disrupt their livelihoods. These survey results indicate that members are more optimistic about the future of the radiology profession than their non-member counterparts — due in part to their interaction with ACR. The College will continue to keep members abreast of developments within AI as it relates to radiology, as well as survey members annually to measure feedback and track trends that might affect industry growth as these perceptions evolve over the years.