The Leo Triplet is a group of three spiral galaxies in a field of view of about 1 degree of the sky. As the name implies, they are located in the constellation Leo.

The difference in appearance of the three galaxies is due to their tilt as observed from Earth. The stars in the image belong to our Milky Way Galaxy.

NGC 3628 has dust lanes that spilt the galactic plane as seen from an edge-on view. The other two galaxies are tilted to reveal their spiral arms.

M65 and M66 are at a distance of about 35 million light years from Earth (adequate for social distancing!). They can be seen even in smaller telescopes and are currently in good position for viewing in the night sky. 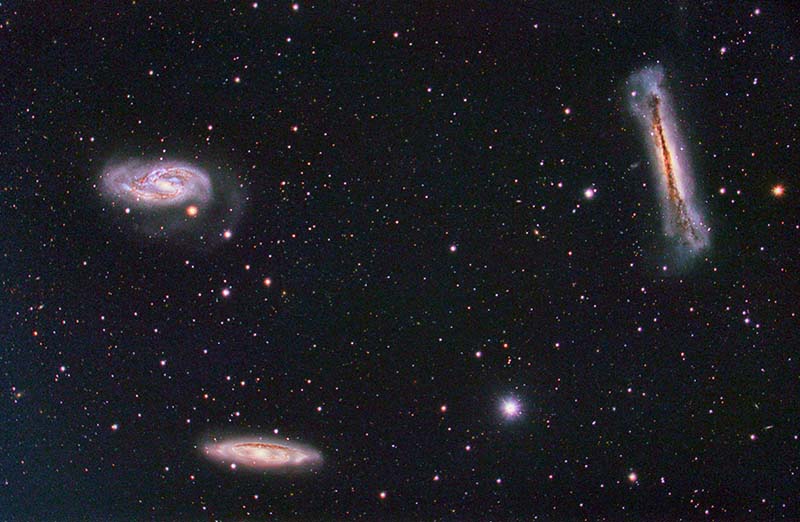