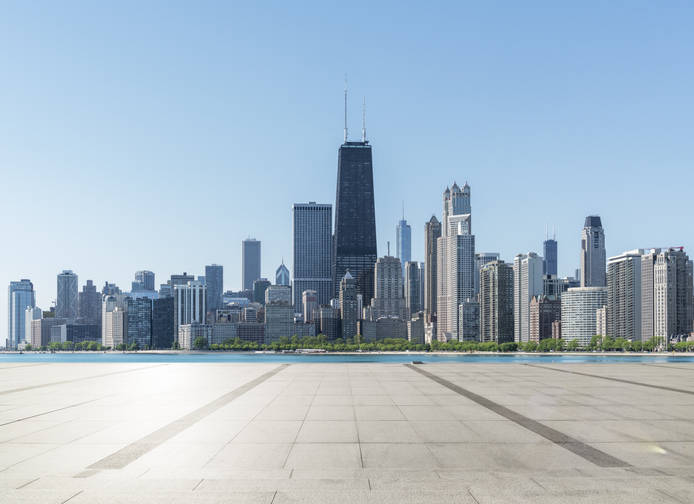 The 61st ASTRO annual meeting took place in Chicago, Sept 15–18, with the theme of “Innovate, Collaborate: Transform.” More than 12,000 attendees gathered in the Windy City for the most important radiation oncology conference of the year.

The meeting kicked off with an innovative new format for the presidential symposium. After a general session with didactic lectures and a debate about the curative potential of radiotherapy, there were 13 facilitated expanded learning sessions. These interactive sessions featured topic experts and case presentations that facilitated audience participation. It was a great opportunity to learn from colleagues from around the world about various practice patterns in the treatment of metastases with radiation.

The debate preceding these sessions included an all-star team with Robert Timmerman, MD, and Asal Rahimi, MD, MS, defending the “pro” side that radiation therapy cures metastatic disease and Anthony Zietman, MD, and Sophia Kamran, MD, arguing the “con” side — with Ralph Weichselbaum, MD, and Felix Feng, MD, moderating. The debate focused on defending/questioning the premise that stereotactic ablative body radiation therapy (SABR) can cure patients with oligometastatic disease. After the debate, the audience sided in favor of the “con” team, 62% to 38%. Only time will tell — perhaps with continued research and phase III trials replicating what promising phase II trials such as SABR-COMET and ORIOLE have shown, the tides will turn.

Other highlights of the meeting included keynote presentations on AI and global health, panel discussions about the Radiation Oncology alternative payment model, a new speed mentoring session focused on work-life integration, networking opportunities, and an abundance of cutting-edge research presentations —not to mention all the evening activities of departmental receptions, industry parties, and several places to get a taste of Chicago style deep dish pizza.

The plethora of scientific presentations would be difficult to review in detail in this short post, but I’ll highlight some of the key findings of the plenary session and have included resources below to learn more.

·         Dan Spratt, MD, led the plenary presentations with a report on the secondary analysis of NRG/RTOG 9601 exploring the role of ADT and salvage radiation in post-prostatectomy patients. The takeaway was that the benefit from ADT is related to PSA level. Men with higher PSA levels (above 1.5ng/mL) had improved overall survival with two years of bicalutamide, whereas men with lower PSA levels (less than 1.5 and less than 0.7) had no benefit or even harm, respectively. This study highlights the need to personalize therapy for men undergoing salvage radiation. Dr. Spratt and colleagues are exploring genomic strategies to personalize delivery of ADT to patients undergoing salvage radiation in a currently enrolling trial, NRG-GU006.

·         The second plenary presentation focused on pain relief using conventional versus stereotactic radiation therapy to spinal metastases. Samuel Ryu, MD, presented the NRG/RTOG 0631 findings, which showed that treating with conventional (8Gy x 1) compared with SABR (16-18Gy x 1) radiation had similar results for pain relief at the time points examined. It remains to be seen whether higher dose stereotactic radiation may result in improved local control or even pain relief — though NRG/RTOG 0631 at least indicates that SABR can be safely performed without any increase in adverse events compared with conventional radiation to the spine.

·         The final plenary talk featured results from NRG-HN002 on de-escalation for low risk locally advanced HPV+ oropharynx cancer, presented by Sue Yom, MD. This trial compared radiation alone (60Gy IMRT) delivered at a slightly accelerated rate of five weeks with 60Gy IMRT in six weeks with weekly cisplatin. The two-year overall survival rates and late grade 3+ toxicity were similar between the arms with the tradeoff of higher grade 3+ acute toxicity in the chemoradiation arm. The two-year progression free survival of 90.5% in the chemoradiation arm surpassed the hypothesized rate of 85%, but the radiation alone arm did not quite reach that threshold. Overall, the results are promising but further work remains to establish the reduced dose as a new standard of care. Further de-intensification strategies are being explored in the ongoing NRG-HN005 trial.

And let’s look forward to ASTRO 2020 in Miami. From the Windy City to the Magic City…

Anna M. Laucis, MD, MPhil, is a radiation oncology resident at the University of Michigan