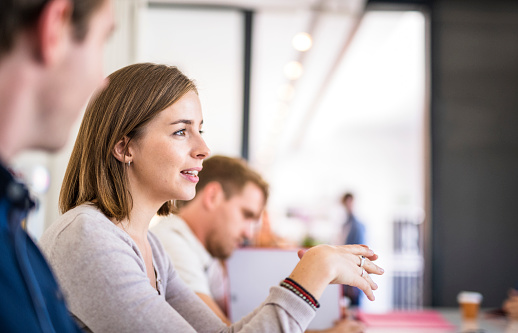 There was an excellent article by Emma B. Holliday, MD, et al., published near the end of last year that detailed an evidence-based review of the current and historical trends seen in the radiation oncology physician workforce. They discussed that the representation of women in the U.S., radiation oncology workforce was not proportional to the pool of practicing physicians and medical school graduates, with radiation oncology ranking near the bottom in female representation, relative to other specialties (ranking in the bottom 5 of the 20 largest specialties).1 While exact causes of these disparities are not entirely known, many hypotheses include unconscious bias, lack of female radiation oncology mentorship and exposure in general, and discrimination.

As recently as 2018, an article by Zachary D. Guss, MD, MSc, et al., revealed significant differences in physician compensation between men and women in the United States at public academic radiation oncology departments.2 In addition, a recent study published by The Lancet found women are less likely to be viewed as scientific leaders and are more likely to experience harassment. In fact, when reviewers were unaware of the authors’ identities, women’s publications were more frequently accepted.3

With such findings, it can lead to a viscous cycle of increasing lack of entrance into the field, and therefore lack of female mentorship. Without awareness or contact with female mentors it can be very isolating and disheartening for female trainees and/or faculty, which is why mentoring programs are a great way to address some of the impediments women in this field may face.

There has been progress with multiple national groups that have been established to help women connect and network with one another from across the country. Last year, ACR took a stand with the #HeForShe movement at the annual meeting in Washington, D.C., to help promote gender equity. The ACR has a Commission for Women and Diversity to promote and advance diversity and inclusion. In addition, the American Association for Women Radiologists provides a unique forum for women in radiology and radiation oncology to network and discuss issues in the field unique to women. Lastly, the Society for Women in Radiation Oncology, was created in 2017 to provide a platform specifically to allow for female mentorship between trainees and female faculty members from across the country to help remove some of the barriers that prevent female advancement within the field.

Radiation oncology can only benefit from gender equity and a strong female presence in the workforce. A Harvard School of Public Health study in 2017 found a quantifiable health impact in those patients treated by women doctors, in fact those “treated by female physicians had significantly lower mortality [and hospital readmission] rates.”

I would encourage women in the field to join these programs and to reach out to female mentors within these strong communities as it is an excellent platform to feel connected to your female colleagues, in addition to establishing connections to further fight for gender equality within our field. We owe it to our patients, ourselves, and our future trainees to continue to work to overcome the barriers that still are present within our field.

Chelsea Miller, MD, is a radiation oncology resident at Loyola University of Chicago