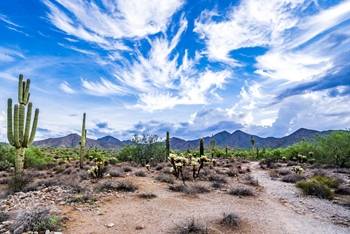 In April 2018, I was mindlessly scrolling through Twitter when I noticed a notification from one of our then-neuroradiology fellows and current faculty, Courtney Tomblinson, MD. She tagged me and a few other residents in the American Society of Head and Neck Radiology’s (ASHNR) call for abstracts. I did a little digging on their website and then set up a time to talk with Dr. Tomblinson about her past experiences at the meeting and about ideas for abstracts. Ultimately, we ended up working together on an educational exhibit that was accepted for presentation at the meeting!

Fast forward to October 2, 2019, and I am waking up to get on the first flight out to Phoenix. A few hours of planes, trains, and automobiles later, I am quietly sweating in the back of the giant conference room at the Westin Kierland Resort & Spa in Scottsdale, Ariz.

Imagine going to a music festival with all of your favorite bands playing and as soon as the last band members sets their guitar down, the lead singer of the next band starts belting out a hit —that’s what it’s like being at ASHNR. The meeting is comprised of 16 sessions, organized by topics ranging from “Glands and Lymph Nodes” to “Artificial Intelligence and Error Prevention.” Each session lasts anywhere from one to two hours and is comprised of 15-20 minute lectures given back to back. Because each lecture is much shorter than the average noon conference, the speaker has to be sure to hit only the most high-yield, pertinent points, while remaining succinct. I do not recall a single talk that felt like it had unnecessary information in it. However, I do recall a few talks that were over my head. However, I was reassured by two of my attendings/mentors/friends (Dr. Tomblinson and Asha Sarma, MD, who were also at the meeting) that they had similar feelings when they attended as residents and that early exposure to these topics is an advantage in the long run.

The day starts off with a hot breakfast, then finding a seat in the large conference room to get settled in before the lectures begin. You listen to nationally recognized and respected neuroradiologists talk about a wide variety of topics in head and neck radiology and wonder if you’ll ever be as knowledgeable as them. You waiver back and forth on taking notes versus just taking it all in, but by the time you decide, it's on to the next lecture! After an hour or so of intense learning, you head straight for coffee before making your way over to the “case of the day” posters and educational exhibits. People gather around the cases, whispering to their colleagues about potential answers. Why so secretive? Well, as are most things in life, it’s a competition! After reviewing the case, you can either scan a QR code or send an email for the opportunity to be the ultimate winner at the end of the conference. This year’s winner was Blair Winegar, MD, but keep an eye for my name in 2020!

Back to the conference room for some more lectures, followed by another break, then rinse and repeat until 6:00 p.m. On the first night of the conference, there was a welcome reception, complete with drinks and appetizers. I met several radiologists from around the country and enjoyed the opportunity to network with a glass of wine and a salmon cracker. The second day of the conference concluded with the ASHNR Game Show, styled after the game show, Pyramid. Two pairs of radiologists faced off, with one team member describing a disease process or anatomic structure, while the other had to guess what they were describing — while the clock quickly ticked.

Unfortunately, I was only able to stay for the first three days of the conference, but based on the meeting schedule I know the following two days were no less impressive. I am grateful for the opportunity to attend the conference and the chance to meet people from other institutions and spend time outside of the reading room with attendings from my own institution was an invaluable experience. I plan on submitting another project to ASHNR 2020, which will take place September 9 through 13 in Orlando, Fla.

Be sure to follow @ASHNRSociety on Twitter for any updates — as well as some interesting cases of the day to tide you over until next year!