American College of Radiology (ACR) and American Society of Neuroradiology (ASNR) leaders expressed concerns about Medicare’s proposed valuation of breast MRI, MR elastography, contrast-enhanced ultrasound and 20 X-ray procedures at an October 17 meeting with members of the Centers for Medicare & Medicaid Services (CMS) at their Baltimore headquarters.

CMS was represented by key players of its Hospital and Ambulatory Policy Group and the Division of Practitioner Services. They played important roles during the rulemaking period.

At the hour-long meeting, Schoppe described the general nature and complexity of each procedural family and touched on the inappropriateness of some of the crosswalk codes or methodologies applied by CMS to refine the RUC-approved values for these codes.

CMS’s proposal to update pricing of direct practice expense inputs was then addressed, with ACR and ASNR representatives articulating their concerns about the lack of transparency with the process adopted by CMS contractor StrategyGen and the yet-to-be-disclosed data sources used in the study. In particular, the ACR referenced a significant price reduction, proposed by StrategyGen, for radiology ultrasound rooms and the potential impact such low rates could have on the ability of physician practices to provide ultrasound services.

ACR and ASNR leaders appreciated having an opportunity to meet face-to-face to lay out radiology’s positions before the final rule for the 2019 Medicare Physician Fee Schedule is announced. The release is expected in a few weeks. 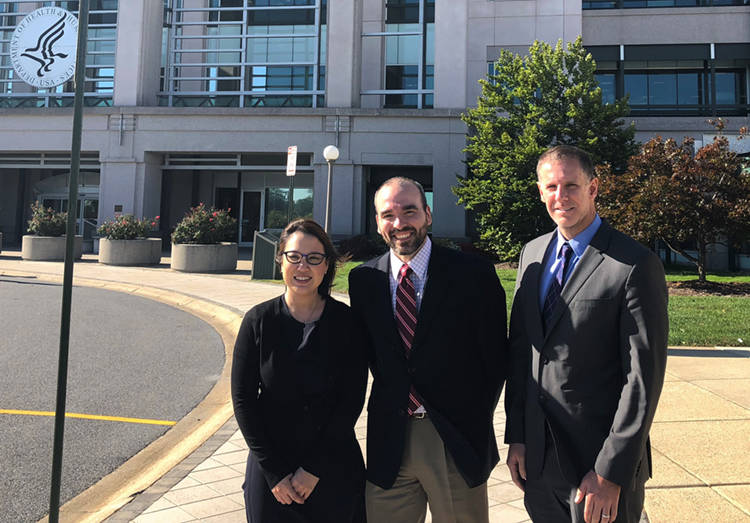